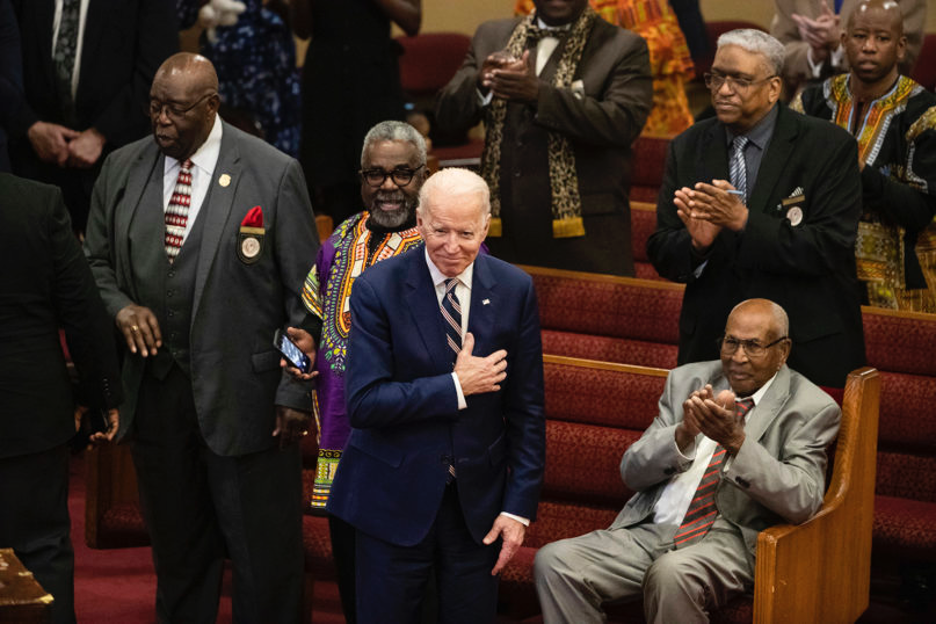 Joe Biden, who will be only the second Catholic president in American history, faced attacks on his faith during the presidential campaign from conservative bishops and President Donald Trump’s Catholic cheerleaders because of his stance on abortion rights, but no less because of a deep divide in Catholic sentiment.

No encyclical or executive order can change that reality. But if Biden leads with moral clarity, humility and grace, he may be able to help reclaim faith in the public square as a force for healing and justice.

Biden’s career as a bridge builder makes him well-suited for this fractious political moment. While some on the left dismiss him as a tepid moderate, his policy positions, influenced by and aligned with Catholic social teaching, are progressive, especially when it comes to the dignity of work, health care as a human right, economic fairness, defending the humanity of immigrants and responding to the threat of climate change.

Even if the president-elect didn’t always source these positions to his faith, his deep Catholic roots helped him frame the election in the stark moral terms captured in his campaign motto, a battle for the soul of the nation.

In contrast to Trump’s “America First” nationalism, Biden understands that pursuing the global common good is not only a valued principle but a practical requirement in an interconnected world. While the Trump administration clashed with Pope Francis over climate change and the treatment of migrants, a Biden administration is poised to forge ties with the Vatican on these and other moral challenges.

Biden’s rejection of right-wing libertarianism’s blind faith in markets and deregulation that only benefits the wealthiest few also finds expression in the communitarian values of his Catholicism.

In our time, Pope Francis has been a critic of “trickle down” economics and warns about unfettered markets that exacerbate what he calls “an economy of exclusion and inequality.”

As a Biden administration seeks to heal wounds and bring the country together, the president-elect should not mistake common ground for justice. Police violence against people of color, systemic racism and a reckoning with the nation’s enduring sin of white supremacy must be confronted. Appeals to civility should not be used to silence those who are demanding equality.

Biden can amplify the voices of activists and organizers demanding change. If Trump energized white supremacists, the new president can not only reject the purveyors of hate but also lift up and affirm advocates who have long fought for racial justice.

Given the legal challenge to Roe v. Wade and the addition of another conservative Catholic on the Supreme Court, abortion is likely to become an even more divisive issue in the years to come. Biden will continue to be targeted by bishops and other Catholics who oppose abortion rights. He can’t likely heal the divide on this issue, but he can lower the rhetorical temperature and acknowledge the moral complexity and sincere commitments people hold on both sides.

In doing so, he would take a page from Barack Obama. In his 2009 commencement address at the University of Notre Dame, Obama urged that we “work together to reduce the number of women seeking abortions; let’s reduce unintended pregnancies.”

Obama rejected zero-sum thinking by noting that we should “make sure that all of our health-care policies are grounded in sound science, but also in clear ethics, as well as respect for the equality of women.” Biden will not win over everyone with this message (Obama did not), but he could potentially create more political space for a better public discourse.

Biden values his religious roots, understands firsthand how people suffer and fights for the common good. The era of crass, transactional Christianity in the White House is ending.