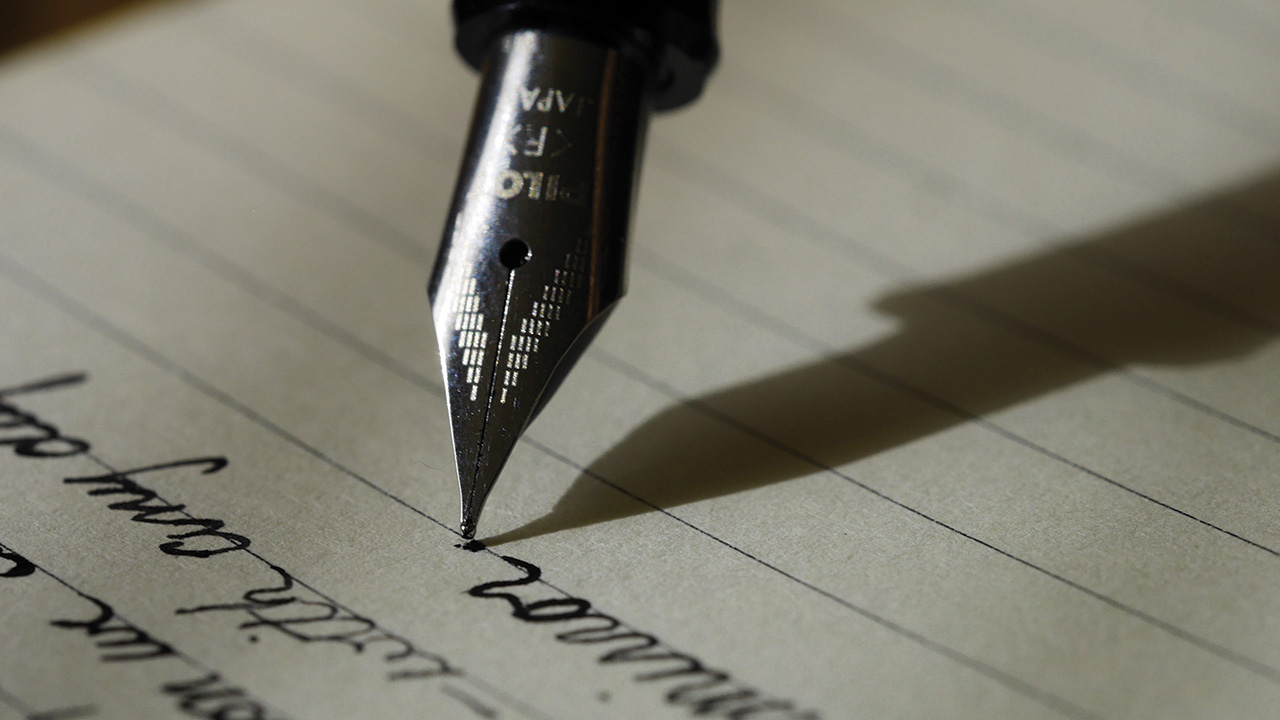 “God’s economy” is an offbeat idea. Our first reaction might be: God has an economy? We usually think of economies in the financial sense. So it feels strange to say God has one.

But God does, and it’s different from the world’s (as you might expect).

One of the root words of “economy” is the Greek oikonomia, literally “household management.” An economy is a system of organizing, administering or taking care of things, like a household.

Oikonomia can be translated several ways. The most concise is “plan.” Ephesians 1:10 says God has “a plan for the fullness of time, to gather up all things in him [Christ].”

In God’s plan — or economy — Christ brings everything together.

But that will have to wait for the fullness of time.

Here and now, what does God’s economy mean for us?

It means we are the stewards — the caretakers — of everything that belongs to God.

Which, of course, is everything.

The May 28 issue of Anabaptist World came together under the theme of stewardship. We felt drawn to the words of Jesus in Luke 12:48: “From everyone to whom much has been given, much will be required.”

Stewardship, like the word “economy,” probably makes us think first of money and how we manage it. But stewardship is more than financial. Like “economy,” it refers to how we take care of all kinds of resources. ­Specifically, it means being entrusted with assets that belong to someone else.

The steward is not the owner. Yet the steward is in charge. She or he has been given a great deal of responsibility.

A steward is assigned not merely to preserve the master’s assets but to improve them. The servant in the parable of the talents who dug a hole and hid his master’s money (Matthew 25) gets thrown into the outer darkness for failing to do anything but squirrel away the funds.

All of us are stewards of talents, money and other assets.

This is the question for every person and every congregation.

And it is about so much more than money.

For one, it is about land. ­Anabaptists in North America are gaining a broader view of stewardship by becoming more aware of a difficult truth: We live on and profit from land taken from Indigenous people.

Notions of religious and cultural superiority upheld European settlers’ sense of entitlement — Mennonites included. This divine-right-to-own mentality is entrenched in white North American culture. Much work is needed to restore justice and atone for land theft and cultural destruction.

Entitled ownership stands in contrast to the biblical mandate of land stewardship as defined in the remarkable law of jubilee.

God says, “The land shall not be sold in perpetuity, for the land is mine; with me you are but aliens and tenants” (Leviticus 25:23). Every 50 years, all land that had been sold would revert to its former owners. Fields would lie fallow during a holy year celebrating divine provision for the caretakers of land that belonged to God.

A jubilee year of rest for the land ­reminds us of another aspect of stewardship: management of time. The year of jubilee was a Sabbath, an exceptional pause after 49 years of ordinary time. In a similar way, God’s plan for ordering time mandates a holy respite from normal activity once a week.

While humans stubbornly claim ownership of tangible things, we’ll readily admit we don’t truly possess time. The older we get, the faster it seems to slip away, and the more we understand its value as a nonrenewable resource.

In God’s economy, the stewardship of time requires a Sabbath. In a new book, The Unbroken Thread: Discovering the Wisdom of Tradition in an Age of Chaos, Sohrab Ahmari writes that in our lives of constant activity we need a Sabbath more than ever.

Ahmari quotes a leading 20th-­century rabbi, Abraham Joshua Heschel, who said the Sabbath frees us “not to have but to be, not to own but to give, not to control but to share, not to subdue but to be in accord.”

Heschel’s perception of the Sabbath’s gift of freedom applies to every form of stewardship. In fact, it is the essence of stewardship: wise management that frees us from grasping to own and liberates us to enjoy and share the fruits of God’s creation.

Too often we have not been wise managers. Our freedom includes the power to destroy God’s creation, a sin for which Christians in the Global North bear great responsibility.

Anabaptists historically have tilled the soil. We’ve sought to live at peace with God’s creation. Many have dedicated their lives to caring for the land as a sacred trust. The command to “till and keep” the garden (Genesis 2:15) is obviously for them and figuratively for all. It’s the human vocation to keep what God owns. In God’s economy, we are all stewards.