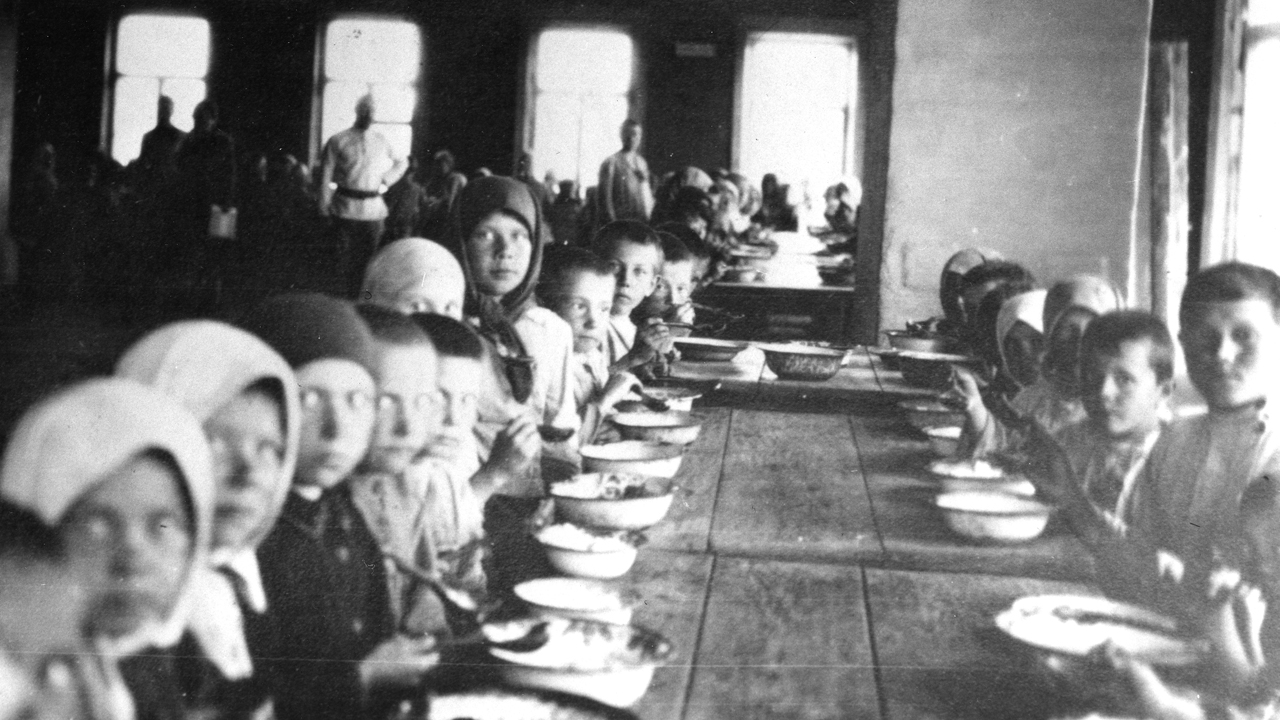 MCC’s first relief kitchen in southern Russia opened in 1922. Isaak Dyck, a leader of the Khortitsa congregation, in an open letter to MCC signed by some 300 people in April 1922, wrote: “The opening of the first American kitchens to 1,400 persons on March 16, which gave to the most needy of the two villages (Khortitsa/Rosental) a most palatable and nourishing noon meal, was indeed a help in the utmost need. Since that time they are daily receiving their ration and are happy and grateful to receive what you give, and rejoice to observe how their strength and health is returning.” — Mennonite Central Committee

The saying that history doesn’t repeat, but it rhymes, applies to Mennonite Central Committee this year. In 1920, MCC’s initial efforts to deliver food to starving Mennonites and others in Ukraine did not go as planned. The first two attempts to enter the war-ravaged region failed, but the relief workers did not give up.

In 2020, the worldwide pandemic of MCC’s centennial year has presented extraordinary challenges that prompt comparisons to those of a century ago. The obstacles are different, but the result is similar: MCC has had to improvise to carry out its mission.

And, just as workers like Orie O. Miller and Vesta Zook executed a new plan in Constantinople when the Red Army’s advance kept relief supplies from entering Ukraine, MCC supporters have creatively adapted to COVID-19 restrictions. Relief sale auctions have moved online. Constituents have served hundreds of meals to raise funds on their own. Thrift stores have reopened with stringent safety measures.

MCC’s entire history could be described as an improvisation. The agency wasn’t meant to last 100 years. In the beginning it was literally a committee charged with a specific task — to meet an urgent need caused by famine and war.

But the emergency project — and its unifying influence among Mennonites who rarely had worked cooperatively before — proved too good an idea to let end. MCC grew to be much more than a committee, but it is still central, and not only because it brings diverse Anabaptists together. For many, MCC stands at the center of what it means to be Anabaptist: putting faith in action by serving others in the name of Christ.