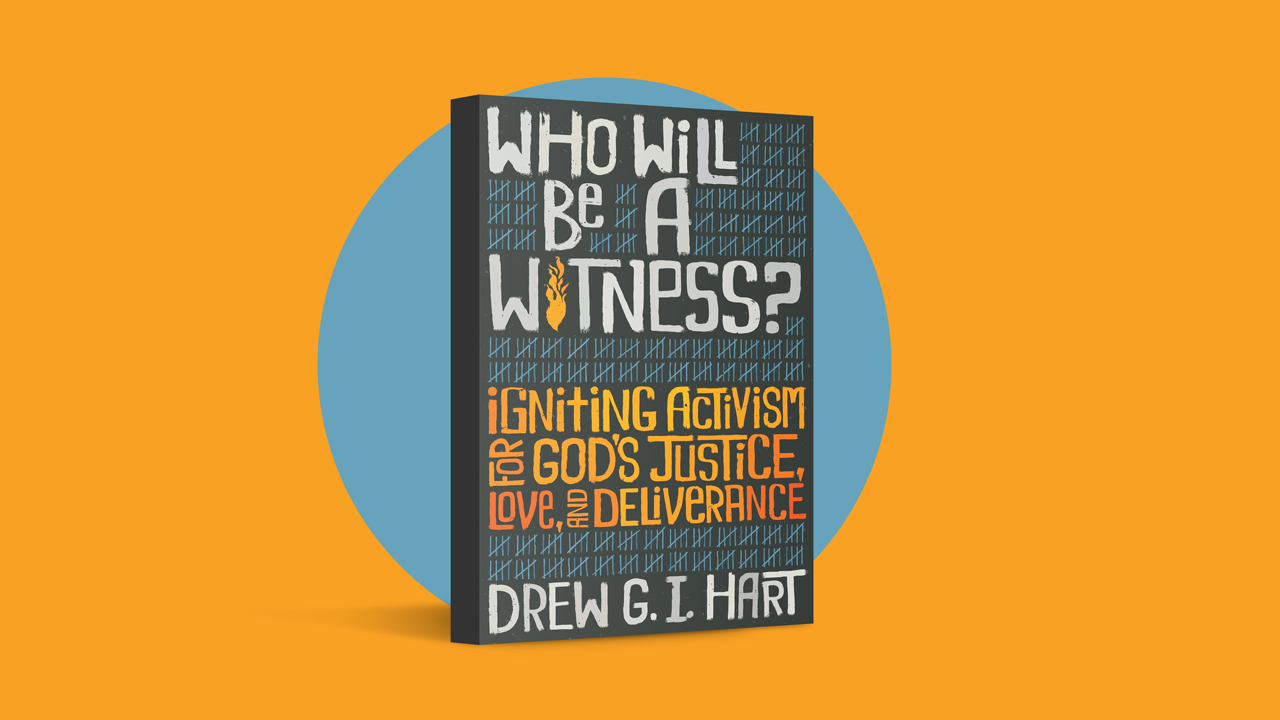 Last summer, books about ­racism and white supremacy became best- sellers as many people, alarmed by the killing of unarmed African Americans, sought to learn more about systemic racism. Among these books, I read Between the World and Me by Ta-Nehisi Coates and Caste: The Origins of Our Discontents by Isabel Wilkerson.

To these must-read books add Drew Hart’s Who Will Be a Witness? Igniting Activism for God’s Justice, Love and Deliverance. Unlike those books, however, Hart’s is written from an Anabaptist faith perspective.

Hart, a public theologian and professor of theology at Messiah University, shows his Anabaptist influence by critiquing hyper-individualization in evangelical churches and clergy-centric action in mainline churches while emphasizing the participation of congregations in the pursuit of justice and following Jesus’ way.

He follows up his earlier book, Trouble I’ve Seen: Changing the Way the Church Views Racism, by calling the church to “a revolutionary, grassroots, Jesus-shaped witness in society.” He emphasizes that working for justice in society is not an elective issue added on to our commitment to follow Jesus, it is indelibly linked to it.

Hart draws on Scripture yet also looks at early church writings, U.S. history and other theologians to bolster his argument. He includes many stories from his own experience.

The chapter “Liberating Barabbas: And the Things That Make for Peace” is particularly fascinating, since Barabbas is among the most misunderstood people in the Bible. He places Barabbas in his first-century context as a revolutionary who, like Jesus, sought liberation for his people from Rome’s oppression. Unlike Jesus, his methods involved violence. Hart concludes: “When we liberate Barabbas, the doors of the church are opened as we are invited to encounter afresh the revolutionary Messiah, who is able to save, deliver and liberate all of us from every captivity and stronghold and continues to invite each of us to join the Jesus-shaped struggle toward God’s shalom.”

Hart considers the supremacist captivity of the church, noting that “one cannot understand the Western (and especially white) church’s captivity to ways of domination without realizing that Western Christendom is the parent of white supremacy.”

For white churches, implementing change involves being just communities themselves. Hart notes the hypocrisy of the church “calling on the broader society to administer justice in ways that it is unwilling to do within the body of Christ.” Part of that is recognizing the ways the church has pursued social power. Often what’s needed is “to hand over the remote control to nonwhite underrepresented people.”

Hart Addresses economic justice and the church. Given the abundance of passages in Scripture calling for aiding the poor, the American church has fallen woefully short of following Jesus’ example. Hart observes, “Intergenerational black poverty was imposed through laws and policies that excluded the black community from full participation in the mainstream economy” and then includes stories of people’s experience of such economic injustice. He contrasts this with the Jubilee ethic fulfilled in Jesus and says any community that rejects that ethic “has rejected God’s deliverance from our oppressive economic arrangements.”

He outlines nonviolent strategies for change, noting the work of Gene Sharp and political scientist Erica Chenowith, who examined over 300 campaigns and “found that nonviolent movements worldwide were twice as likely to succeed as violent ones.” He addresses electoral politics, presenting arguments for voting and for abstaining from voting. He concludes that there are many ways we can do justice and join God’s delivering presence: worshiping God, immersing ourselves in Scripture, yielding to the Spirit, following the way of Jesus, discerning with the church body and listening to the stories of oppressed people.

The concluding chapter on the politics of love points out that Jesus and Scripture join love of God and love of neighbor. We cannot love God, Hart says, and not attend to the well-being of undocumented people, underfunded school districts, innocent civilians bombed by our military, Native Americans who’ve had their land stolen, Muslim Americans, LGBTQ people, poor people whose wages are suppressed, the vulnerable without health care, prisoners. “Love’s goal is nothing short of seeking the fulfillment of beloved community within creation,” he writes.
Hart presents a timely challenge to the church. Will we be a witness to such a goal?

Gordon Houser retired in September as editor of The Mennonite.