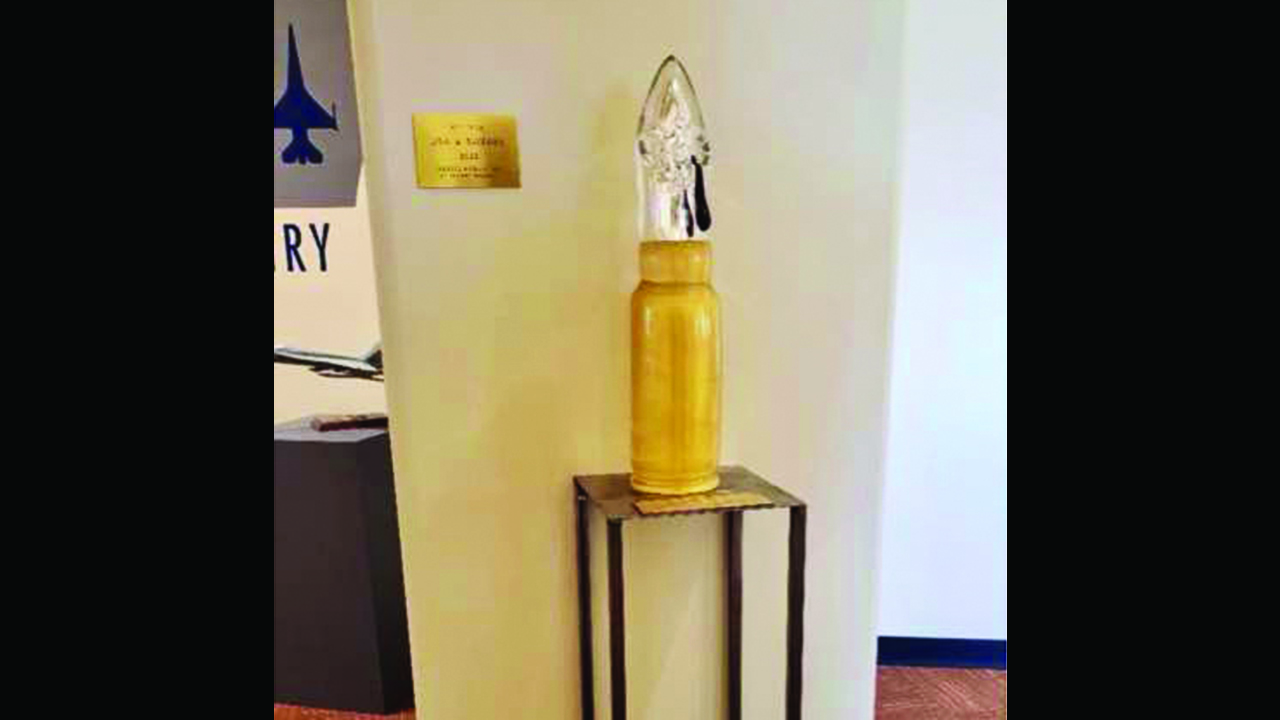 “Abused Ammunition” is on display at the United Nations in New York City. — John Sharp

A sculpture gifted to the United Nations by the United States and Sweden in memory of UN investigators Michael J. Sharp and Zaida Catalán was unveiled Aug. 3 in the Disarmament section of the UN’s permanent art collection in New York City.

Sharp and Catalán were killed by assailants on March 12, 2017, in the Democratic Republic of Congo while documenting human rights abuses. Sharp had previously served in the region with Mennonite Central Committee.

UN Secretary-General António ­Guterres said at the sculpture’s dedication that the murders of Sharp and Catalán were heinous crimes.

“It was an assault on the values of the United Nations — on the mission that countless women and men around the world risk their lives every day to uphold,” he said. “The ‘Abused Ammunition’ sculpture honors that mission by imagining the sorrow of inanimate objects — in this case, bullets — over the part they play in death and destruction. . . . The United Nations continues to assist the Congolese authorities in their investigation and prosecution of those responsible for killing Zaida and Michael, and the disappearance of the four Congolese citizens who were with them.”