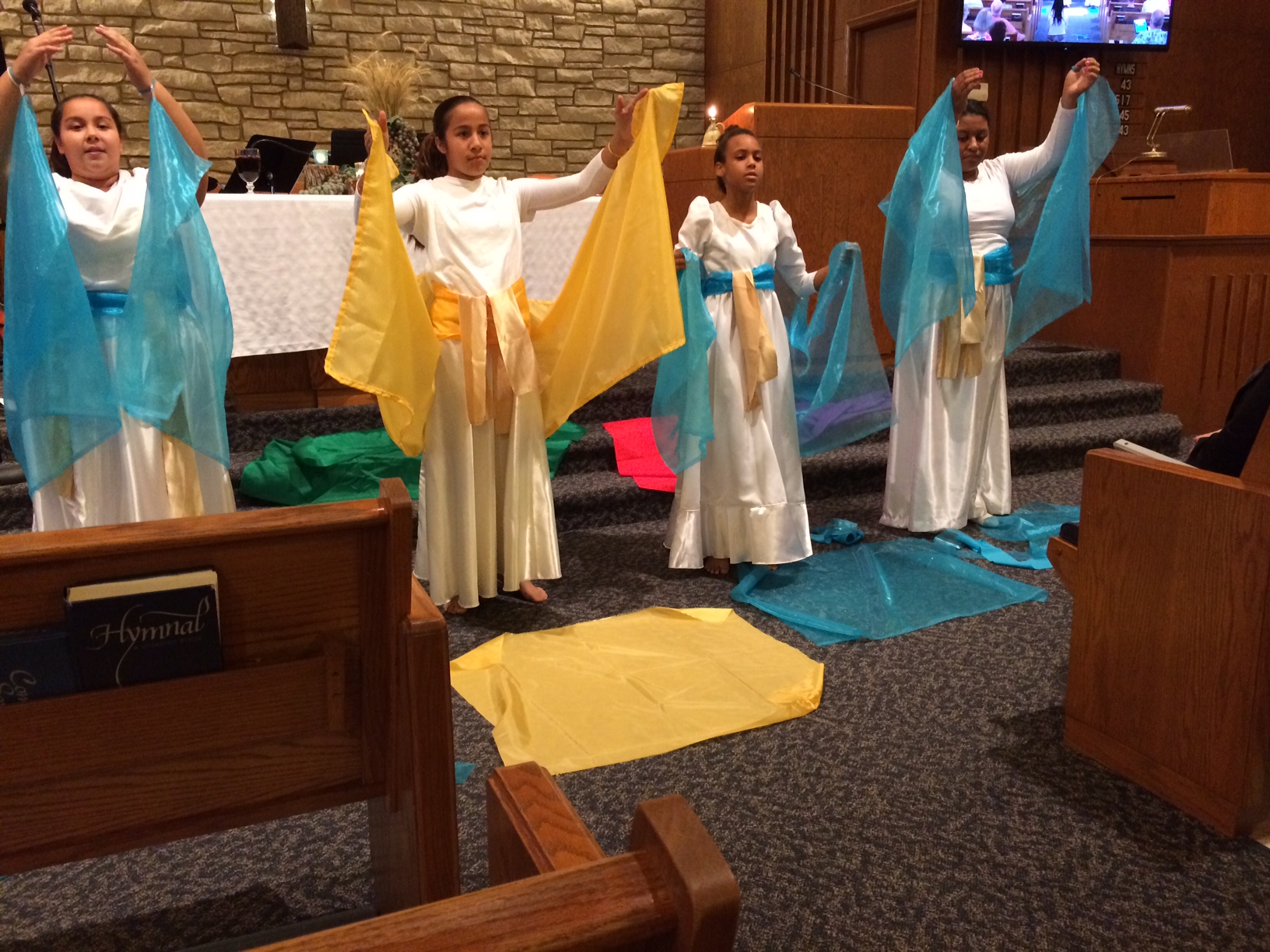 Suderman, an itinerant Bible teacher, musician and songwriter from Kitchener, Ontario, explored the theme “Reading the Bible with Jesus,” looking at passages from each of the four Gospels.

In the opening worship on July 27, he considered Mark 12:1-12, mixing observations and questions of the text with his own songs. Having grown up in South America, Suderman used Spanish and English.

He noted that “we’re not the first to live in polarized times or to disagree about how to interpret Scripture.” Jesus, he said, often referred to the Hebrew Scriptures in his teaching and in his confrontations with scribes and chief priests, but he gave them new meaning that spoke to his own time. “Jesus functions in an artistic mode,” Suderman said, “and introduces surprise.”

As a modern example, he compared the traditional hymn “This World Is Not My Home” with “I Ain’t Got No Home” by Woody Guthrie. The hymn speaks of heaven as our home, while Guthrie, a significant figure in American folk music who died in 1967, used a similar tune but applied it to the plight of poor people having to leave Oklahoma and move to California to find work during the Depression.

On July 28, Suderman looked at Matthew 21:12-17. “We are invited to enter the conversation we find in Scripture,” he said. “Sometimes we enter and know what’s going on; other times we enter and don’t know what’s going on.” In this passage, Jesus is in the Temple, and communicates verbally and nonverbally, turning over the tables of the money changers. Jesus quotes from Isaiah 56:7 and Jeremiah 7:11, but the Gospel writer also refers to the blind and the lame in Temple, which relates to 2 Samuel 5:6-8, where David said, “The blind and the lame shall not enter this house.” Jesus thus acts as an anti-David.

In another session, Suderman looked at two passages in Luke—9:51-56 and 24:13-35. In the former, the disciples want to call down fire on a Samaritan village, as Elijah had done to various people who opposed him, but Jesus rebukes them. The latter passage presents the good news that Jesus walks with us and opens the Scriptures to us. “When we call ourselves Christian,” he said, “we are participants in a radical interpretive tradition.”

In his final session, Suderman looked at John 20:19-23, where Jesus breathes the Holy Spirit on the disciples. One of his Bible teachers, Waldemar Janzen, compared the Bible to a basketball court, Suderman said. The ball can bounce anywhere on the court, but some places will have more traffic than others, where shots will have a higher percentage. “We may want to tear out certain parts of Scripture,” he said, “but there’s a value to having a canon,” which says all Scripture belongs on the court.

There were no resolutions to discuss at this assembly, but an open-mic time revealed some challenges being faced by some congregations. Several Spanish-speaking delegates spoke about the difficulty their congregations experience because of immigration laws.

Aurora Parchmont from Iglesia Menoninta Casa del Alfarero in Pasadena, Texas, said the situation is “very tough.” In many of the Hispanic churches are families without proper documentation, she said, and recently trouble has increased. “People are afraid to walk free, and this has affected attendance at their churches,” she said, adding that children are traumatized by this fear of being deported. Recent laws have added pressure, she said, and it’s hard to keep up with all the changes.

Sandra Montes-Martinez from Dallas, Texas, thanked those who support their and other Hispanic churches who have to deal with immigration concerns.

More than 130 people attended the assembly, which included two delegate sessions and workshops. WDC passed a budget for 2019 of $575,594.

On Sunday morning, July 30, assembly participants and local congregations joined Alexanderwohl Mennonite Church, Goessel, Kansas, for worship. In his sermon, Suderman reflected on the Bartimaeus story from Mark 10:46-52 as a hopeful account of transformation, not only of the blind man but of the whole community of Jesus’ followers.