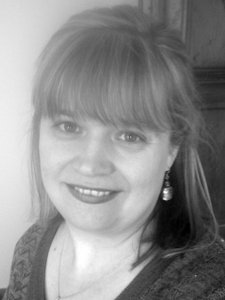 For more stories on the theme “Love Across Borders,” see the May issue of The Mennonite, available here.

Germantown Mennonite church is the oldest Mennonite church in North America, founded in 1683 in Philadelphia. These early Mennonites did not come to seek safety from persecution, in contrast to the typical early Mennonite narrative in this country. They came to build business opportunities on the Native American trade route now known as Germantown Avenue. They used Lenape land and the Wissahickon River to build and power their paper and linen industries in a burgeoning colony.

These early entrepreneurs participating in William Penn’s religious experiment knew their experience in their German homeland was relatively peaceful, and their immigration experience was unusual; however, their Mennonite siblings in the German countryside were less fortunate. They were being persecuted economically and physically. So, when the Mennonite farmers from rural Germany began to arrive by the boatloads in Philadelphia, the Germantown Mennonites offered them hospitality before they headed out to the Native American lands we now know as Skippack, Franconia and Lancaster. Some of these families would winter with the Mennonites of Germantown, and at the first sign of spring, they would continue their journey toward a permanent home.

This was always a little disappointing to the Mennonites of Germantown. They would have loved for their farming friends to stay with them in Germantown and build their Philadelphia Mennonite community. But this is not what the Mennonite farmers had in mind. They wanted an opportunity to build their own community and farm new land in peace.

So while Germantown’s hospitality was appreciated, it was not a place where the next wave of Mennonites wanted to make a home. They were not made for city living. They wanted their freedom and independence expressed in a quieter rural life.

In 21st century-Philadelphia, the Mennonites of Germantown continue to live in freedom and security, but a new wave of Mennonites have moved here from Indonesia and Latin America. They have come to this country seeking safety, like the waves of 17th century-Mennonites headed to quiet land to farm. This time they are staying, and making their homes in South Philadelphia.

I met Pastor Aldo Siahaan of Philadelphia Praise Center in 2010, when Indonesians and Latinexs were moving to this country in waves, because their lives were in danger back home. It was immediately clear to me that the story of Germantown and of this new Mennonite congregation were connected.

Siahaan leads a community of immigrants (documented and undocumentsed) from Indonesia who were escaping religious persecution, and he shared his worship space with a community of undocumented folks from Mexico and Central America who were escaping extreme violence and poverty. These new Mennonites are no less deserving of Germantown’s hospitality than that first wave settlers from Germany and Switzerland who were looking to worship, work, raise their family and be a part of a community in this new-to-them place.

At Pastor Siahaan’s urging, Germantown Mennonite Church joined New Sanctuary Movement, an immigrant-led organization working to make sure undocumented folks in Philadelphia are safe. The work with New Sanctuary Movement means that when a family is taken into sanctuary in a congregation, Germantown Mennonite Church shows up to welcome them and bless them.

In December, Carmela and her four children were taken into sanctuary in a North Philadelphia church, and people of faith from all over the city came to cheer for Carmela, to commit to pray for her and her family, and to bless her with our prayers and love. And when Carmela made the brave decision to allow her children to go to school – even though they faced deportation – we showed up with balloons, signs of support, prayers and songs to welcome those children back into some sort of normalcy.

Christian hospitality for immigrants now means that when Elias and Brady, teenage immigrants from Honduras, go to court to petition for asylum, Germantown Mennonite folks show up to offer prayer and presence. My Spanish is terrible, and Elias and Brady are still learning English, but they know who I am, and we greet each other at every court date with hugs and smiles. And when they come over for lunch, even though we have to communicate with a translator, we manage to find a shared language in our love of World Cup football.

Christian hospitality means that when we Mennonites of Philadelphia get together to plan our yearly joint Pentecost service, we work hard to make sure that immigrant voices and stories are shared and heard widely. Just because Germantown was the first Mennonite church in Philadelphia doesn’t mean we have a monopoly on Mennonite theology or identity. The newest wave of Mennonites in Philadelphia have so much to teach us about what it means to follow Jesus.

There are clear difference in what welcoming the stranger looks like now versus 300 years ago. Immigrants have many more hurdles, and face much more difficulty living and surviving in this rich nation. They know the persecution the early Mennonites faced. Like the early Mennonites, they know that if they stayed in their homeland they could be next to die. Why else would folks risk their lives and endure the indignities of the immigration system, if they could find safety in their country of origin? In the words of poet and immigrant Warson Shire, “No one leaves home, unless home is the mouth of a shark.”

While the first Mennonites to settle in Philadelphia weren’t seeking safety from persecution, we were connected to our 17th-century Anabaptist siblings, and knew that those who came after us were living in fear. We knew their persecution was ours too. In the 21st century, it’s no different. There is a sizable immigrant community in Philadelphia; our 21st-century response should be no different than it was 334 years ago. Their persecution is ours, and their liberation is ours too.