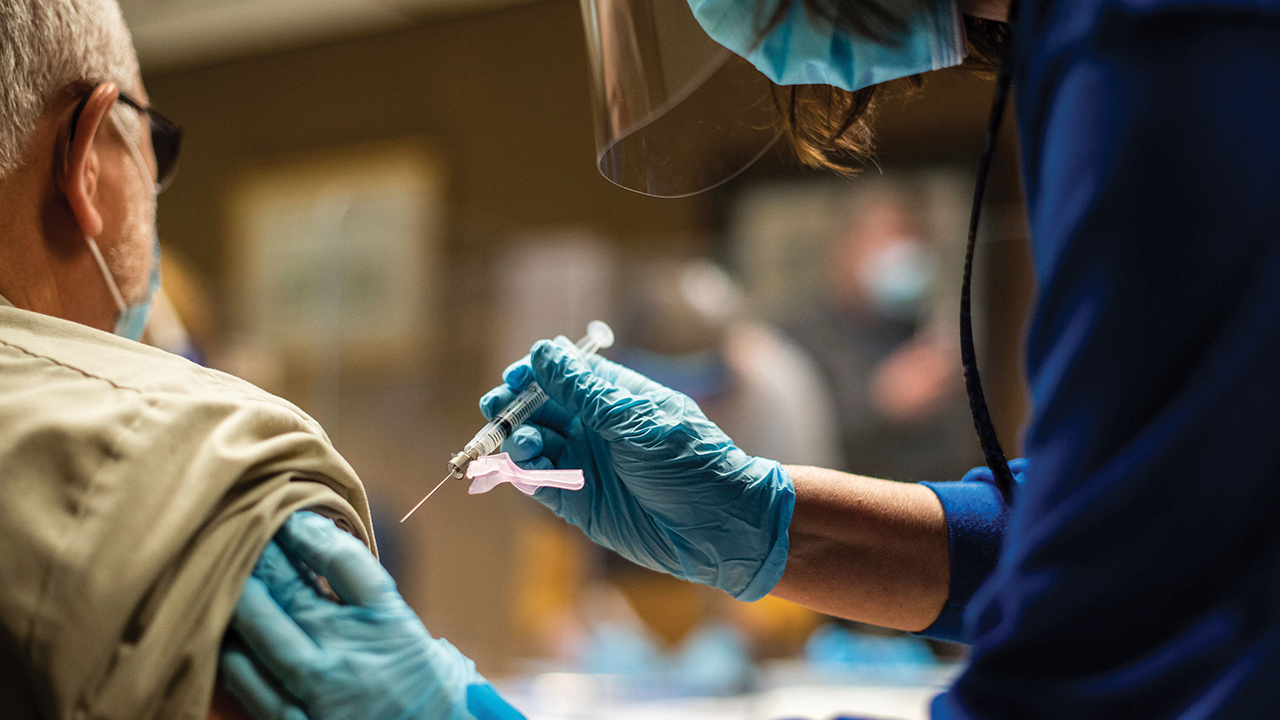 Many private businesses, hospital systems and universities that require COVID-19 vaccines also offer religious exemptions. But with no consistent method for navigating these requests — or defining the terms, for that matter — leaders are scrambling to respond.

Catholics who study or work at a Catholic college or university, for example, won’t get far if they cite their faith as a reason not to get vaccinated, although they may have success making similar requests at secular institutions. Requests have been coming in nonetheless, says Dennis H. Holtschneider, president of the Association of Catholic Colleges and Universities, which serves as a resource and voice for its 200 member campuses.

“There is no religious exemption in Catholicism,” Holtschneider said, citing Vatican teaching on the matter. He notes that they may accept other religions as a basis for exemption.

“You’re not going to find in this church a lot of sympathy for those who don’t want to support the health of the community,” Holtschneider added, noting that Catholic hospitals nationwide have been on the frontlines caring for patients with COVID-19. “This is a church that does health care.”

“Our official position is we are recommending that people get the vaccines,” Barrows said. “We do feel that the benefit of being vaccinated against COVID-19 outweighs the risks.”

His group opposes COVID-19 vaccine mandates, however, and a statement on its website notes that “there is no justifiable moral obligation to accept vaccination.”

“Our members are divided,” Barrows said. He encourages his colleagues who oppose vaccines to wear masks and agree to frequent testing.

As the number of businesses that mandate COVID vaccines for their employees continues to rise — Tyson Foods, Microsoft and United Airlines announced mandates in August — so does the number of questions about religious exemptions.

“This is all such uncertain territory,” said Jenna Reinbold, a professor at Colgate University who studies the intersection of religion and law. “All kinds of legal professors and professionals are talking about this.”

So are college and university leaders, according to Holtschneider. “These are very fresh questions on our campuses right now,” he said.

Following guidance from the Equal Opportunity Employment Commission, many private businesses, hospital systems and universities that require vaccines also offer medical and religious exemptions. But there’s no consistent method for navigating these — or even defining the terms.

The Civil Rights Act of 1964 includes language forbidding religious discrimination, a protection the U.S. Supreme Court upheld in a 2014 case  involving a Muslim woman’s right to wear a hijab to work at an Abercrombie & Fitch clothing store. But during a surging global pandemic, employers reviewing the religious exemption requests must weigh such religious protections against community health and safety, navigating deeply personal religious beliefs and questions about religious authority, all in a moment of divisive political tensions and misinformation about the vaccine.

“If you’re a religious person, and you say, ‘I need an exemption because my faith tells me I do,’ it’s very hard for the government to say that’s insincere or that’s inconsistent with their faith,” Inazu said. “Even idiosyncratic religious beliefs that are out of step with the religious hierarchy are still considered sincerely held.”

Many prominent religious leaders and organizations encourage their community members to get the COVID-19 vaccine: the Vatican, the  National Association of Evangelicals, the National Council of Churches, the Jewish Orthodox Union and Rabbinical Council of America and the National Muslim Task Force on COVID-19 are among those who have released statements favoring vaccination. A recent study shows vaccine hesitancy is declining among faith groups, thanks in part to targeted advocacy within faith communities.

Still, examples of religious exemption claims range from some anti-abortion Catholics and Protestants who object to researchers’ use of fetal cell lines to develop and test the vaccines to members of traditions that rely on faith healing.

The bigger problem with people asking for religious exemptions, experts say, isn’t about doctrine but sincerity. Anti-vaccination activists have mounted online campaigns encouraging people to claim religious exemptions, leading some to question whether politically motivated anti-vaxxers are trying to game the system.

Others, noting Supreme Court cases protecting the rights of conscientious objectors to war, say it may be enough to claim a moral or philosophical opposition to the vaccine.

“Those cases set a precedent that is also looming in the background,” Reinbold said.