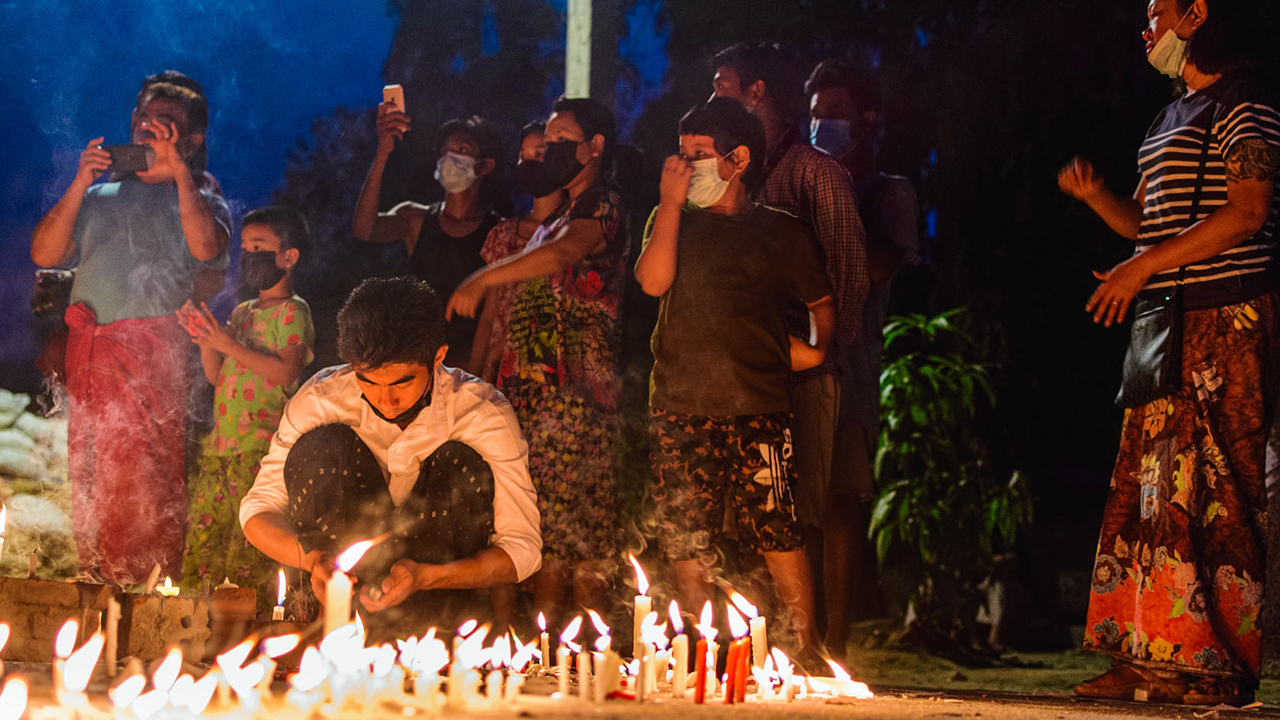 Anabaptists in Myanmar requested prayer from the broader church community after the military seized power there in February.

Waves of protest have been violently suppressed, with reports of more than 400 citizens killed. Even before the pandemic, poverty affected many households. The political situation has led to even greater economic turmoil, and many households have no income. Most church members are in a food crisis.

“Greetings from the crying land of Myanmar,” wrote an Anabaptist church leader in Myanmar in a March 30 Mennonite World Conference prayer request. “This is a special request for you to pray for our country, particularly for the vulnerable 400 families of our church people in Yangon and [the] delta region. We believe that prayer can make a difference. God bless you all.”

MWC President J. Nelson Kraybill responded that the global Anabaptist-Mennonite church is praying for them.

“We hear your accounts of military forces torturing and killing peaceful protesters, raiding houses and destroying property,” he replied in a pastoral letter. “We see that a democratically elected ­government has been displaced. We know that COVID-19 has caused suffering and death, that you now face increased food and fuel costs at a time of high unemployment.

Kraybill wrote that Anabaptist churches around the world join them in protesting against violence suffered by Christians, Rohingya Muslims and other groups targeted by the military. “We call on our governments to use all diplomatic means to end this injustice.”