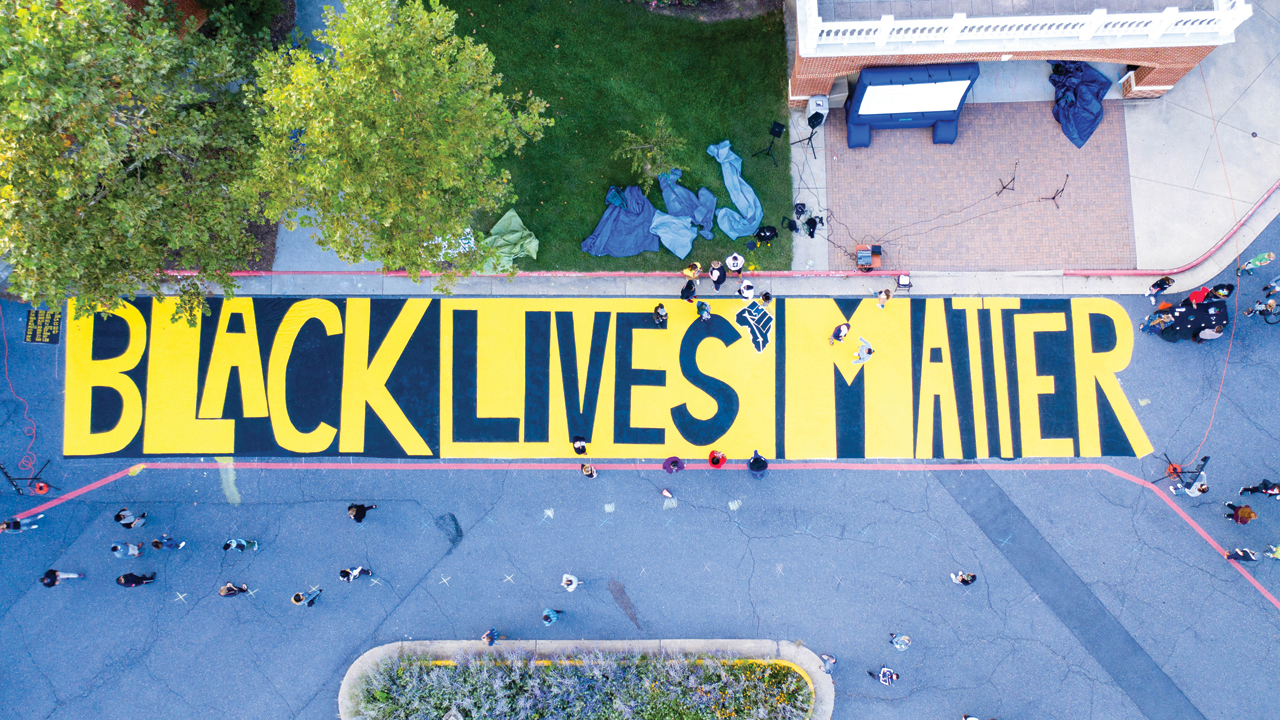 The 114-foot-long street art features “Black Lives Matter” in yellow against a black background. The design echoes similar artwork that has appeared on city streets across the United States.

“One of the main goals is that the mural serve as a reminder that there’s still work to be done to make Black Lives Matter a true statement,” said BSA co-president Jakiran Richardson. He noted BSA hopes to “dispel misconceptions behind the movement” and “represent a promise that EMU will do their part toward the struggle of our people.”

Huxman thanked BSA and its members “for leading the way creatively and courageously on so many diverse initiatives at EMU.”

“What a beautiful day to rededicate ourselves to peace and justice, the values that are at the core of our community of learners,” she said, quoting Micah 6:8. “What a beautiful day to stand in support and solidarity of EMU’s BSA and Black Lives Matter, a movement that began seven years ago for nonviolent civil disobedience in protest of racially motivated violence against Black people.”

Reed, a member of EMU’s Board of Trustees, expressed pride to be part of the event.

“We are so proud of our BSA students who had the courage to work on this,” she said. “We know that EMU students are leaders and we know that you are our moral compass for the city.”

“You are not going to miss this,” she said. “This does make a statement . . . This location says that not only does EMU stand with us but they’re going to make sure people see it.”

Yirga called the mural “a huge step for EMU.”

“It’s making this huge statement but years down the line, so many things will change. More Black students will come to EMU. . . . I think it’s difficult for a predominantly white institution like EMU to make it feel like home to Black students and I think that’s what this does,” she said.

Now is the time to remember our baptism