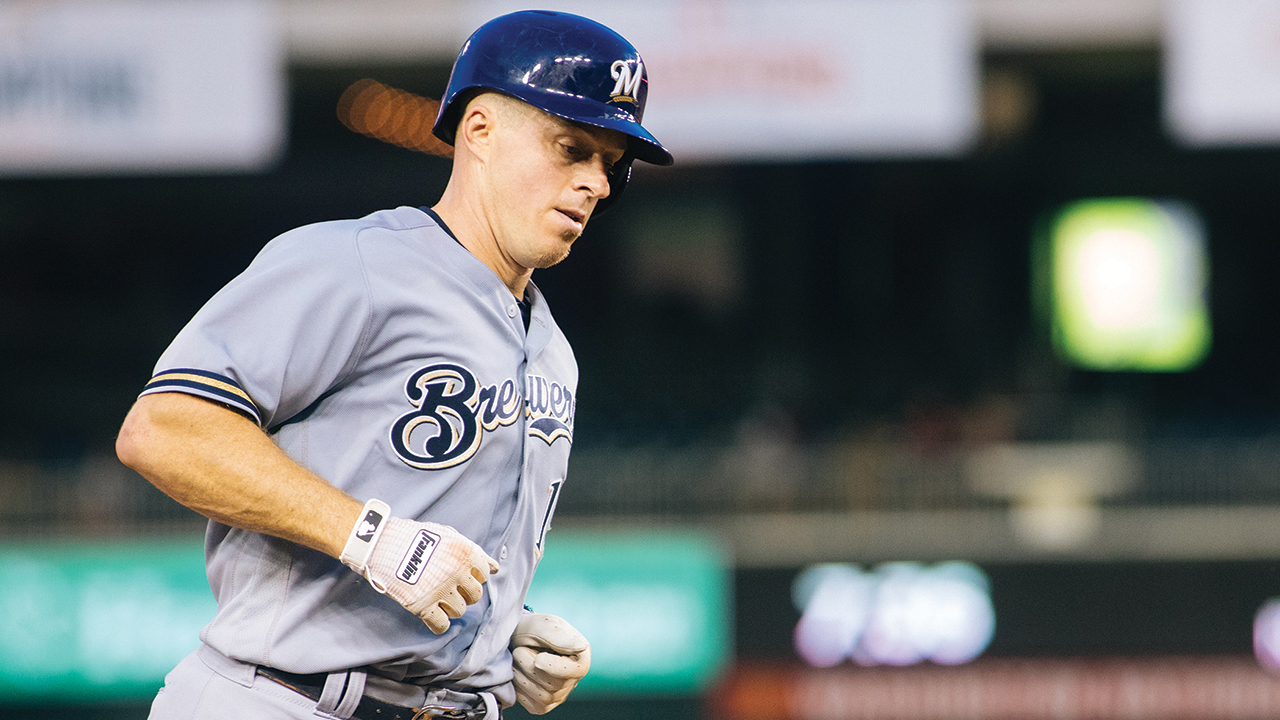 Erik Kratz rounds the bases after hitting a home run for the Milwaukee Brewers on Aug. 31, 2018, in Washington. Photo: Andrew Strack/EMU

Eastern Mennonite University 2002 graduate Erik Kratz ended his Major League Baseball career with an announcement Nov. 6 on social media. He played 19 seasons of professional baseball, breaking into the majors at age 30 with Pittsburgh in 2010, following a standout career at EMU.

Kratz was an All-American in the early 2000s. EMU retired his No. 14 jersey. He appeared in games for nine MLB teams, including multiple stints with Pittsburgh, Philadelphia and the New York Yankees. He was with the Kansas City Royals during the 2014 World Series, and earned a World Series ring from the Royals in 2015.

He logged 333 MLB games across 11 seasons and was known as a catcher who worked well with pitchers.

“I want to add my congratulations and thanks to Erik for a career that has represented the true essence of sport, playing for the love of the game,” said Dave King, director of athletics. “He has truly embodied what EMU athletics are all about on a national and international stage. He knows that success isn’t always found in the score or the statistics or a starting role but rather in commitment to the craft, being ready to take advantage of opportunities and constantly working in and out of the season to improve himself and those around him.

“Erik’s faith is foundational to his life, work and relationships. I’m grateful for the many opportunities that he’s provided for our athletes to learn from his example.”

Kratz is a member of Souderton Mennonite Church in Pennsylvania.

Kratz’s final season as a professional player — he made it clear in his announcement he was not closing doors to other roles — was with the Yankees. He played in 16 games, hitting .321 with no homer runs and four RBI, and was on their American League Wild Card roster and also available for the Division Series.

He was EMU’s 2019 Alumnus of the Year, after contributing to the Milwaukee Brewers’ National League Divisional Series. Later that fall, he was named to the U.S. Olympic baseball team and earned All-World honors at the first of three qualifying tournaments the team was slated to participate in.

Kratz and his wife, Sarah Troyer Kratz, have three children — and a puppy. He told his daughter they could have a dog only after he played his last game.

“We bought the puppy, and we’re enjoying it,” he said in the announcement. “It’s time to be home.”