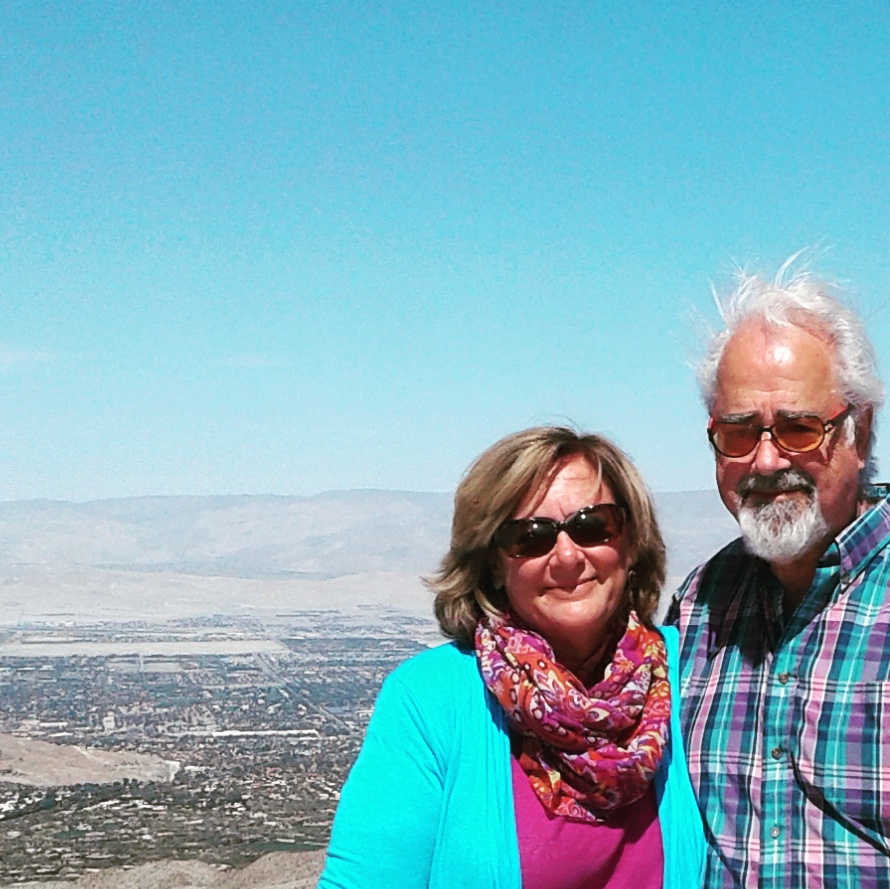 We’re starting a new weekly series! Every Friday, we’ll have an author that highlights five things to read, watch or check out online. This week’s post comes from David and Leann Augsburger.

As two semi-retired people (pseudo-retirees) who are taking our turn co-leading a home base church (Peace Mennonite Church, Claremont, California) and volunteer to welcome, care, and connect people in the San Gabriel valley, we are Leann and David Augsburger. We read voraciously,  travel frequently, cook and bake adventuresomely and in the past month have hosted gatherings that stretch from a memorial service in our front room (45 people) to six luncheons  under our grape arbor for individuals and couples and welcomed church to our home on two Sunday evenings (16 people). And we have time to read, garden, and play with granddaughters— and did we mention read?

The three books that have intrigued us most lately are of totally different genres.

1. An American Genocide: The United States and the California Indian Catastrophe, 1846-1873, by Benjamin Madley, assistant professor of history at UCLA (Yale, 2016). Neither the U.S. government nor the state of California has acknowledged that the California Indian catastrophe fits the two-part legal definition of genocide set forth by the United Nations Genocide Convention in 1948. According to the convention, perpetrators must first demonstrate their “intent to destroy, in whole or in part, a national, ethnic, racial or religious group, as such.” Second, they must commit one of the five genocidal acts listed in the convention. California committed all five. The whole genocide was paid for by the state and subsidized by the federal government. Madley’s book demands 1) recognition, 2) the end of romantic education; 3) the evoking of a spirit of contrition. And our grieving.

2. To Love as God Loves: A Conversation with the Early Church, by Roberta Bondi. At Peace Mennonite, we are ending seven weeks of study of contemplative spirituality using Bondi’s dialogue with the spiritual ascetics and eccentrics of the second and third century church. She helps us explore humility, prayer, passions, love, and God. The stories of desert hermits and their spiritual insights sneak up on you, slide past defenses and go with you all week long.

3. Movie: “The Man who knew Infinity.” Sometimes history from a century ago still cuts into the social conscience deeply—it is a vivisection—not dissection since the issues central to the story are still very much alive: colonialism, racism, white illusions of superiority, Western arrogance. This movie is a historically accurate period piece set in Madras, India and Cambridge, England. A 1920s civil servant at an unimportant office desk in one of the colonies thinks through the most perplexing mathematical puzzles and is summoned to Cambridge University. “If anyone solves this problem, it will not be the likes of you,” one professor announces. Yet he does, and one sees how genius vs. genius is also capable of stupidity upon stupidity.

4. “In the Stillness of the Evening,” Hymn 551, from Hymnal: A Worship Book. That moment when someone (Joy Hofer, a member of our church) discovers a hymn text that we have totally overlooked, and the whole group gasps at the end in recognition that as we read the hymn the hymn read us and the words lodge in the memory for days. Hymn 551, “In the Stillness of the Evening,” by Norwegian poet Svein Ellingsen, written in 1971, addresses the guilt we feel as each “fragmented” day ends and guarantees the healing touch of God. In the midst of “all my weakness…I am beloved and accepted.”

While working in the garden together, Leann asks me, “Are you singing in your head just now?” Embarrassed,  I return the question. “Oh, she says, it is ‘Holy, Holy. Holy’ from Schubert’s Mass in G. What about you?” I hesitate, and then confess. “I was running the jingle from the Stanley Steamer commercial.” I am replacing it with Hymn 551.

baking from Heater’s classic collection and remembering a dear friend, pastoral counselor Dale Schumm. Back in the 1980s, every Wednesday night, Dale dropped by at the end of his evening appointments, about 9 p.m., ostensibly, as a fellow chocoholic, to do a weekly taste test of my most recent adventure through Ms. Heater’s cookbooks—a torte, a soufflé, a mousse or some other dark creation (chocolate was the only medication, the only stimulant I trusted when going through a time of grief). But we both knew that he came to sit with me for an hour and lift the corner of my silent grieving. His visits went on for six months; he must have gained six pounds from those late night desserts, but I gained much more. Dale was the face of Jesus. If asked, he probably would have said something simple like, “Hey, that is what friends do,” or “David would have done the same for me.” But in reality, it was how Dale lived, seeing Christ in the neighbor, even—though I cannot ask him now that he is gone—even in such as me.