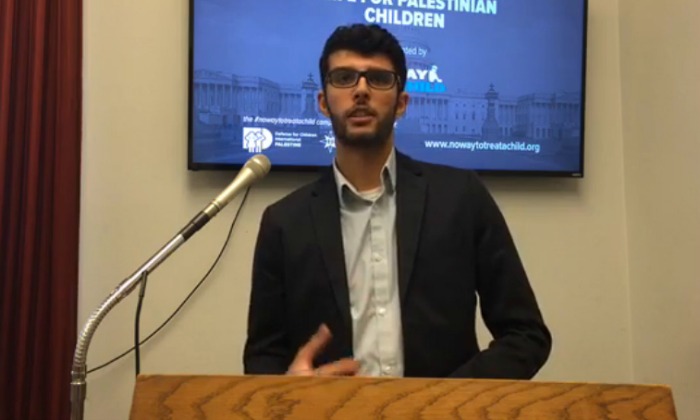 Meqbil grew up in the village of Beit Ummar, located between Bethlehem and Al Khalil, and spoke of his experience as a child in an environment of violence and fear, breathing tear gas and hearing bullets every day.

“As Palestinians, we all have a dream just as MLK had,” he said.

Because Meqbil’s family home sat next to an Israeli settlement, they received 10 demolition orders. He described experiences of his friends being killed, family being detained and his own experience of being threatened with detainment.

“I grew up thinking that all the children in the world just had a similar kind of life,” Meqbil said. “Coming to the U.S. and seeing how children live here made me realize that it’s not just occupation, but it’s about the murder of my childhood..”

Meqbil helped create a documentary, titled “Detaining Dreams,” about four Palestinian children arrested by Israeli forces in the West Bank and prosecuted in the Israeli military detention system. He was also the winner of the 2017 C. Henry Smith Peace Oratorical Contest at Goshen College for his speech, “Beyond Occupation of Mind and Body.”

Other speakers during the event included Brad Parker, attorney and international advocacy officer for the Defense for Children International-Palestine; Nadia Ben-Youssef, director of the Adalah Justice Project; and Omar Shakir, Israel and Palestine director for Human Rights Watch.