When we believe we are right about something, how do we behave? How do we treat those with whom we disagree? I’m not talking about issues of sin, but what of disputable matters — issues that are not very clear? Sure there are folks who try to make every kind of sin into a “disputable matter,” but like it or not, there are in fact some things that are not as clear-cut in the Bible as we would like.

Romans 14 is a fascinating chapter. The Apostle Paul directly instructs the church not to quarrel over issues that he labels as disputable matters (NIV). Other translations call them “doubtful disputations” (KJV) or a “quarrel over opinions” (ESV). Paul then lists a couple of different issues that were hot-button topics of the day, like eating meat sacrificed to idols, or which days were considered more sacred.

One interesting thing about this chapter is that Paul talks about the people who hold a particular stance as having a stronger faith, and the people of the other position as having the weaker faith. What this can indicate to us is that there are some stances on disputable matters that are stronger and some that are weaker. Some practices and beliefs might miss the mark somewhat, because of their weaker faith. Yet even in this, Paul instructs the people to refrain from passing judgement on those people. Furthermore, in Rom. 14:5 Paul goes on to say, “Let all be fully convinced in their own minds.”

So while Paul declares which of these stances on the various issues are stronger or weaker, he also encourages everyone, even those whose faith he calls weaker, to be fully convinced of his or her convictions on these matters. Paul isn’t trying to change their minds. It appears that Paul would rather see the two perspectives learn to live together in peace and unity rather than to change everyone for the sake of uniformity.

This is where I get myself into trouble, and I suspect that you might as well. If I am fully convinced of my own convictions, as Paul instructs, I will naturally think that my position is stronger than that of those who hold differing convictions. What then becomes a temptation is to be condescending toward those of the opposing conviction. We may look down on them, criticize them, condemn them or even call them names. Suddenly my “superior” conviction leads me to mistreat those whom Christ calls me to love and Paul instructs me to be gracious with.

Yet no matter which side of an issue you land on, both sides are convinced of their own position. Both sides think that they have the stronger position and the stronger faith — and all too often this leads to quarrels and infighting and a tremendous lack of unity.

The thing about these disputable matters is that no matter which position you hold, neither is inherently sinful, and both positions can be used to bring glory to God through our lives. Yet how we respond to others because of our convictions about such matters often becomes sin. We gossip and slander. We drive wedges in congregations or even families. We treat others with contempt and hate instead of with love. We take something that is not a sin issue, and we use it as an excuse to justify sinful and evil behavior toward one another. For some reason we often think that because we believe we are right about such issues that our sinful responses are justified.

If I am the weaker brother, instead of flaunting my superior theology I will be asking for grace and patience from others to bear with me in my convictions, by which I do my best to bring glory to God. Instead of being condescending toward those with different beliefs or pummeling them with my own convictions, I will humbly seek to live in peace with them. Instead of continually trying to make others “see the light” of my position, I might simply be asking for the freedom and space to live out my convictions peaceably.

This kind of approach is not unprecedented in the Bible. In Mark 10:43 Jesus instructs his disciples, “Whoever wants to become great among you must be your servant.” We read in Phil. 2:7 that Jesus “made himself nothing by taking the very nature of a servant.” Furthermore, in 2 Corinthians 12 Paul writes that he “…will boast all the more gladly about my weaknesses, so that Christ’s power may rest on me.” Another passage popular in Anabaptist circles is 1 Thess. 4:11, which tells us, “Make it your goal to live a quiet life, minding your own business…” (NLT).

Again, I am not referring to things that the Bible clearly and consistently defines as sin — that is an entirely different conversation. The unfortunate reality is that sometimes Romans 14 gets applied to things it shouldn’t. Yet there is this entire category of things that Paul refers to as disputable matters or quarrels over opinions.

In Gal. 5:15, Paul writes an interesting statement: “If you bite and devour each other, watch out or you will be destroyed by each other.” This seems like a redundant statement. If we devour each other, of course we will destroy one another. Yet how often do we forget this basic and simple truth?

On these matters, there may very well be a stronger position or one that demonstrates a stronger faith. We typically think the stronger one is our own position — why else would we hold to it? Yet we have a choice. We can choose to view ourselves and behave as rather the stronger sister or brother, or as the weaker one. We must also remember that what our world considers strong is very different than the greatness described by Jesus. In behaving in ways our world would typically think of as weak, we are more likely to demonstrate the hallmarks of a strong faith.

Which view of ourselves makes it easier for us to bite, devour and destroy one another, to give into the works of the flesh like “hatred, discord, jealousy, fits of rage, selfish ambition, dissensions, factions” (Gal. 5:20)? And again, which view of ourselves helps us to better embody the fruits of the Spirit and “rather, serve one another humbly in love” (Gal. 5:13)?

How would your attitude, disposition and approach to other believers change if you would view yourself as the one with the weaker faith? Even though you fully believe in your position, how would seeing yourself as the weaker brother or sister change how you treat others in these situations? Are you willing to view yourself as weak? If you are, then you might just help the church to be strong. 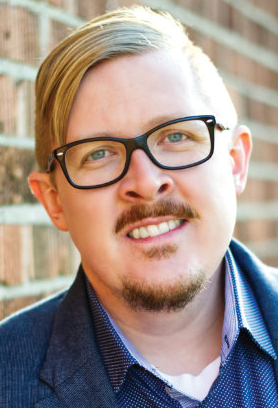