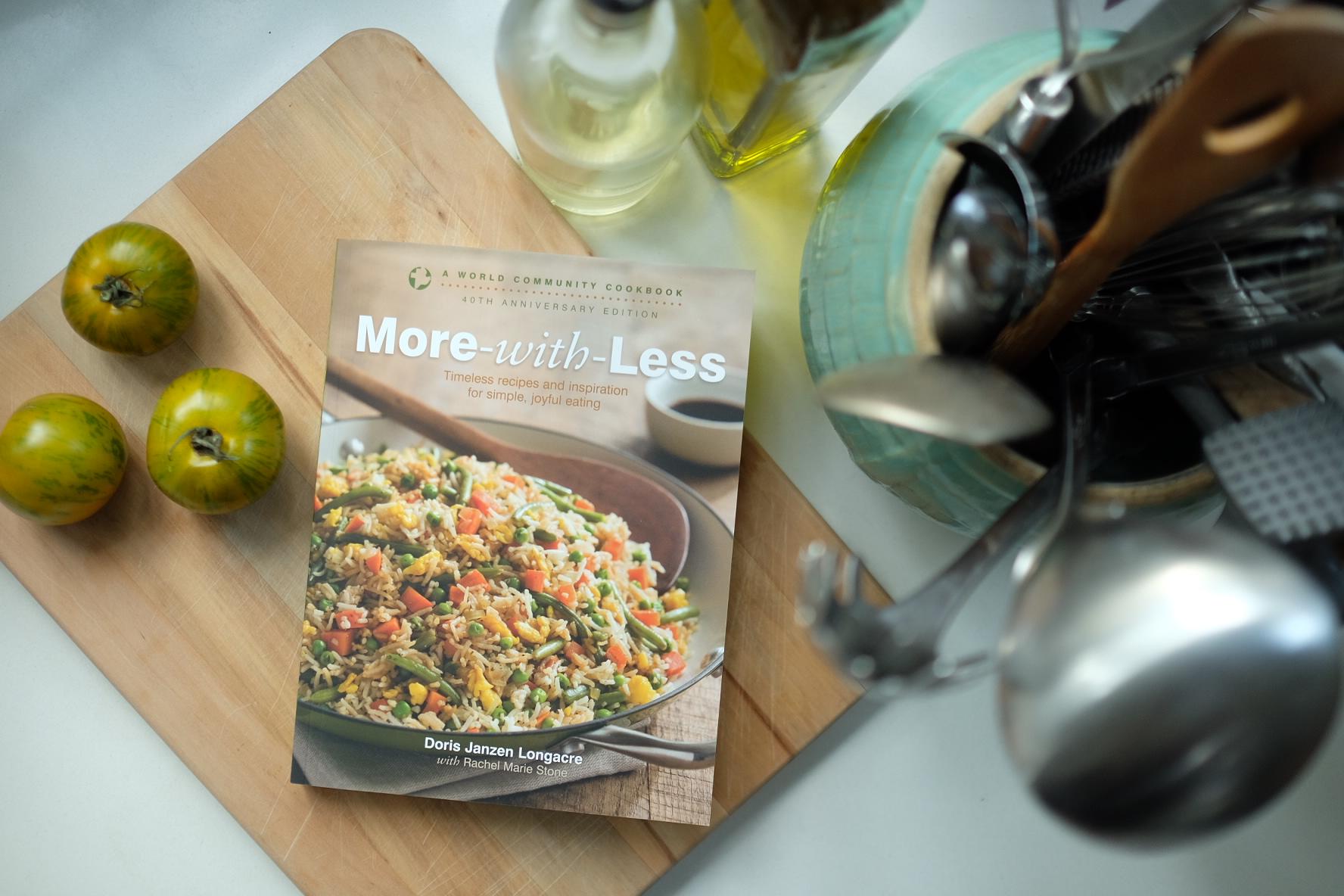 In October, Herald Press published a 40th anniversary edition of More-with-Less, the much-loved cookbook originally written by Doris Janzen Longacre in 1976. Behind the revision is editor Rachel Marie Stone, who fielded feedback from readers and tested recipes in her own kitchen. Rebecca Kraybill talked to Stone about the editing process and final product.

This conversation has been edited for length and clarity.

Rebecca Kraybill: What got you connected to More-with-Less, both as a cookbook and an editing project?

Rachel Marie Stone: My parents were given More-with-Less at their wedding. They didn’t have much money, so it was their go-to cookbook, being so economic and simple. It was pretty much

what we ate from, and what I learned to cook from, too.

I didn’t even realize that there’s a chapter in More-with-Less called “Eat with Joy.” This is funny, because in 2013 I published Eat with Joy, a book on theology and food. A lot of concepts in that book were inspired by More-with-Less and a practical theology of eating. In early 2015, I was approached [by Herald Press] about working on the revision of More-with-Less, and it felt like a natural fit.

RK: What did your role look like as editor?

RMS: I did some crowdsourcing with focus groups to get a sense of what people liked about the book, what recipes worked and what was dated. I also did some editing of text and modifications of recipes. When I made modifications, I cooked most of them myself. I added a few recipes as well, ones that I’ve cooked a number of times.

RK: What were some of the needs for a new edition?

RMS: More-with-Less has found an audience well beyond Mennonites, so I wanted the revision to be a very hospitable book. There are elements of the old book that can make a non-Mennonite feel like an outsider.

One thing that was pretty simple is that old recipes or even old sewing patterns assume a lot of background knowledge. For example, Longacre would write, “knead the bread” or “heat this,” and I felt like I needed to expand more. In the new version, I spelled some things out, like “medium heat” or “stir this way,” etc.

Longacre also had a lot of explanations of foods that have become more common now, like stir-fry or tofu. Oh, and margarine! She had margarine in everything–we don’t do that as much anymore.

RK: Were there any elements of the old version that you saw as non-negotiable to changing?

RMS: It was important to keep the unusual format of the recipes. In lots of cookbooks, they’ll list the ingredients and then the directions are at the bottom, but More-with-Less has integrated

directions. That was something I never would’ve changed, because it’s genius.

There were certainly recipes that I would’ve never let go, like the honey whole wheat bread [page 208]. I wanted it to be fundamentally the same cookbook that gives people warm and fuzzy feelings, and discusses eating simply and awareness of global food problems. I wanted it to feel vintage, but not old or hokey; to feel very close to the soul of the original, but ready for 2016.

RK: I think there’s always some risk involved in changing something that is extremely loved, whether a movie or book or song, because people come to love it for the way they first fell in love with it. Did you struggle with that tension?

RMS: Especially with me not being Mennonite, most definitely. I visited the [Mennonite Central Committee] Material Resource Center [in Akron, Pa.] during this project, and Valerie Weaver-Zercher [managing editor of trade books for Herald Press] instantly knew three people based on their last names. I thought, Wow! This is a tight community, I’m an outsider and I’m handling their darling.

However, I’ve had lots of cross-cultural experiences, and one thing I can know that can be really good is to have an outsider to bring a fresh perspective. It’s inevitable that I will take out someone’s Aunt Mildred’s cookie recipe. But hopefully people will still hold onto their old copy for that.

RK: What role does More-with-Less play today, in a generation where companies can deliver meals to your door and apps like Instagram let you share photos of your food?

RMS: A lot of concerns that Longacre was anticipating have not gone away, like fad diets. However, home cooking is largely on the rise. I think people are increasingly feeling the comfort of eating at home.

A lot of people don’t use cookbooks anymore, because they just search recipes online. But to me, a cookbook is fundamentally different than that. Unless you’re following a food blog, there’s not a

personality or something bigger than itself. What’s so important with More-with-Less is that there’s a consistent ethic in mind. That’s lovely and implies that More-with-Less is almost more like a unified principle of eating.

As for the whole Instagram thing, in some ways I don’t even mind if people take pictures of their food at home. It’s sweet in a way. Whatever gets people cooking!

RK: You spent many hours with the Longacre’s original work. What was that like?

RMS: It’s really an intimate thing to go over the words of someone else very carefully and think about how to interpret them to a fresh audience, especially for someone I can’t talk to. [Longacre

I kind of think of her as a colleague now, someone I’ve been talking to in my head. I still admire her, but I think of her more as a person now and know her little preferences. I can tell what she’d really like to cook.

RK: What’s a favorite recipe of yours in the book?

If I had to pick one, I’d say Pakistani Kima [page 119]. I added a vegetarian version using cauliflower instead of ground beef and sprinkled with dry, unsweetened coconut. 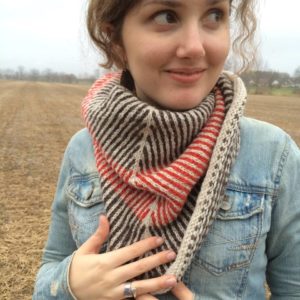 Rebecca Kraybill is a writer and editor based in Washington, D.C. Her work has been featured by The Associated Press, Sojourners, The Elkhart Truth, The DCist, The Rumpus, and other publications. You can learn more about her writing at www.rebeccakraybill.net.