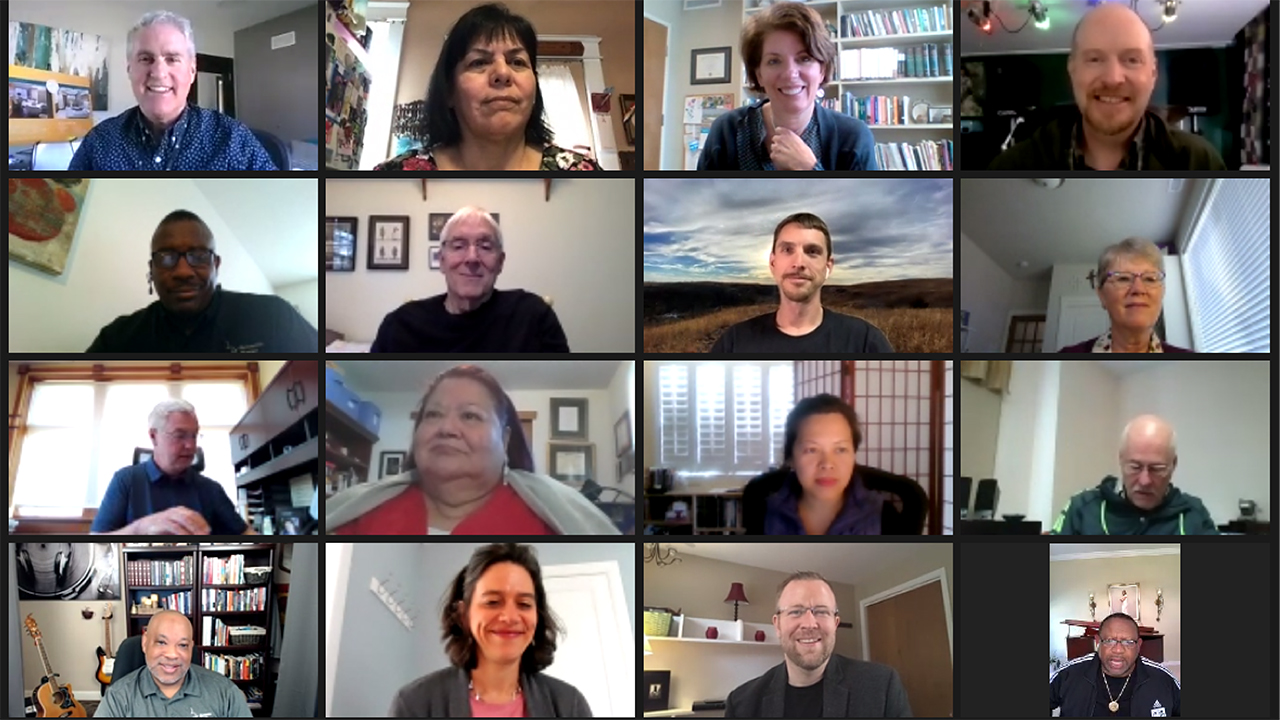 A special session for Mennonite Church USA delegates on May 27-30, 2022, in Kansas City, Mo., will feature a long-awaited proposal to repeal the denomination’s disputed Membership Guidelines.

The Executive Board set the dates and location of the special session during an April 16-17 videoconference.

Board members voted unanimously to send their own resolution, which would “retire” the Membership Guidelines, to delegates at the special session.

Another resolution on the guidelines, written by Inclusive Pastors, a group practicing full inclusion of LGBTQ people in their congregations, remains under consideration. Titled “A Resolution for Repentance and Transformation,” it calls for “rescinding” the guidelines and proposes other actions such as creating an LGBTQ constituency group with representation on the Constituency Leaders Council.

The Resolutions Committee will determine whether the “repentance and transformation” resolution will go to the delegates. It will consider input from the CLC, whose members expressed varying opinions when they met in March.

Written 20 years ago, the Membership Guidelines prohibit pastors from performing same-sex covenant ceremonies. But area conferences do not consistently enforce the rule, and the Executive Board does not have the authority to enforce it.

A decision on the guidelines had been planned for the July 6-10 convention in Cincinnati. But the board postponed it after reducing the delegate assembly to a partial-day virtual meeting on July 10 due to COVID-19.

In a closed session, the Executive Board gave feedback to the Resolutions Committee on the “repentance and transformation” resolution and two others — one that asks congregations to increase accessibility for people with disabilities and another on “Justice in the U.S. Criminal Legal System.”

Executive director Glen Guyton said he anticipated a significant financial loss on MennoCon 21 in Cincinnati but that the denomination would be able to draw from its reserves.

Scott Hartman, director of event planning, said Ohio had lifted its capacity limits for gatherings but was still observing CDC guidelines on social distancing and mask wearing. Recognizing that some people may not feel comfortable attending in person, Hartman said he was able to minimize the denomination’s financial exposure by negotiating reduced attrition rates at the convention center and both hotels from 70% to 50% and by lowering contracted food and beverage minimum requirements by 50%.

Guyton said MC USA is in “a better cash position than we have been in a number of years.” He attributed this, in part, to savings of $150,000 from reduced travel during the pandemic and Everence providing its annual contribution at the beginning of the fiscal year.

A task group of the board reported on its review of Everence, the financial stewardship agency. Kenneth Hochstetler, president and CEO of Everence, highlighted the agency’s strides in diversity and inclusion and its charitable focus, noting that it provides $50 million to $60 million in annual support to churches and nonprofits.