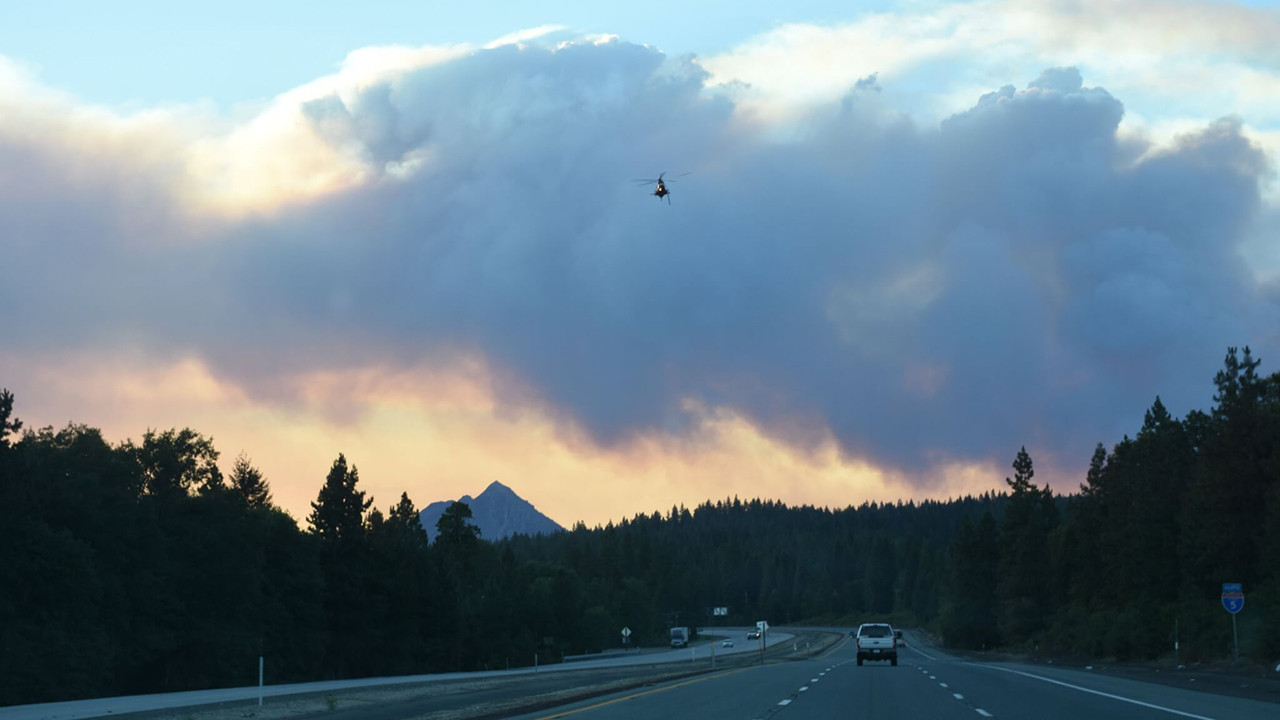 As wildfires continued to burn in California in early September, Mennonite Disaster Service was reaching out in prayer for thousands of people who were forced to evacuate.

While MDS volunteers are rebuilding homes destroyed three years ago, this year’s fires add to the losses. As of Sept. 1, more than 1,500 homes had been destroyed in 2021.

The Dixie Fire, the largest in California, destroyed nearly all of Greenville on Aug. 4. It was 52% contained by Sept. 1 and had burned 844,081 acres. It was still growing, despite the efforts of more than 5,000 firefighters.

“The Dixie Fire started about the same place as the Camp Fire but moved in the opposite direction,” said Steve Wiest, West Coast operations coordinator for MDS. “Greenville was 75% wiped out in one day.”

The Camp Fire destroyed more than 13,000 homes in 2018. It was the most destructive wildfire in California history and the worst in the United States in a century. Nearly three years later, the trauma is still raw for Paradise residents.

“You could smell the smoke, and sometimes see the cars covered with ash,” Wiest said.

As COVID-19 cases continue to grow in the Paradise area, MDS is pausing its work there and sending volunteers home before they were able to complete the six homes they had started.

“We don’t want to risk passing COVID to the people we are trying to help,” Wiest said.

“It doesn’t take much to go around town and hear the stories of trauma,” he said.

Fire officials noted the high potential for severe wildfire activity throughout the western United States into the fall.

“As the landscape continues to dry out and temperatures stay hotter than normal, you can expect more fires yet this year,” Wiest said. “The drought was a big driver in this, stretching from Mexico far up into Washington.”