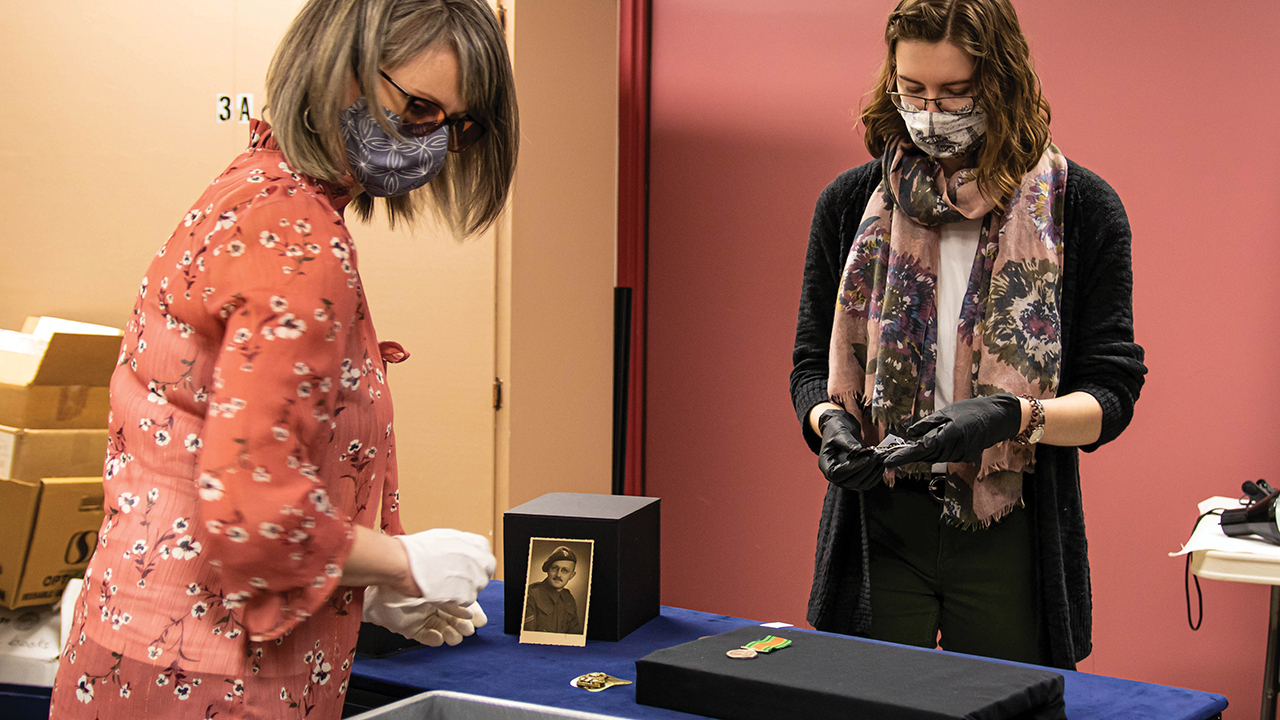 The heavy fur boots are shrouded in mystery. The gaps in their accompanying file leave me, the custodian of their care, with many questions I wish I could answer.

The file does, however, give a basic story: Daniel Driedger, the owner of these boots, was born in 1914 in Rosenthal, Chortitza Colony, in today’s Ukraine. He married Maria Martens, and they had two children: Hans and Elizabeth. The file explains that Driedger served in the German army from as early as 1942 and that in 1943 he was captured by the Soviet army.

During his imprisonment, Soviet authorities heard him speaking Russian. This identified him as a Soviet citizen who had been fighting with the enemy. He was exiled to Siberia. In the meantime, Driedger’s wife, Maria, and their children managed to escape the Soviet Union and immigrated in 1948 to Calgary, Alta. Driedger remained in the Soviet Union until his eventual immigration to Canada in 1973.

The file is silent on many questions: whether Daniel joined the German military willingly or was conscripted; details of his life in Siberia; what Maria’s experience was like fleeing with her children, presumably as part of the “Great Trek” of tens of thousands of Mennonites from the Soviet Union to Germany; how the family was eventually reunited in Canada.

In May, these boots and their story will be on display in “Mennonites at War,” an exhibit at Mennonite Heritage Village in Steinbach, Man., that will explore some of the ways Mennonites in Canada have been shaped by their responses to war and violence.

The exhibit will be divided into four areas: martyrs, migrants, objectors and soldiers.

— The first section highlights the 16th-century roots of Mennonites’ belief in nonresistance.

— “Objectors” tells of those who said no to war, focusing especially on the Second World War in Canada, where about 7,500 Mennonite men became conscientious objectors.

— The final section explores some stories of the 4,508 Canadian Mennonite men and women who chose to break with history and the beliefs of their communities and join the military in full active service or noncombatant roles.

As senior curator at the museum, it is my role to collect artifacts dealing with the history of Russian-descendant Mennonites in Canada and use them to tell stories that teach about this past.

By telling stories, museums may spark conversations about aspects of our past that make us uncomfortable. In seeking to address difficult topics, museums face challenges.

People tend to keep objects that underscore dominant narratives. Museum collections are limited by what the community donates. Thus it can be hard for museums to challenge the prevailing narratives.

In the case of Mennonites and war, the prevailing story of Mennonites as conscientious objectors and believers in nonresistance means that stories of Mennonites who broke with that tradition are harder to come by.

When objects like these are donated, it is likely that military — rather than Mennonite — institutions are the destination. This demonstrates the belief that objects telling the stories of Mennonite soldiers are not part of the Mennonite story.

As demonstrated by the story of Daniel Driedger’s boots, the information we collect about an object at the time of donation may be incomplete. One possible reason is a “don’t write that down” request from a donor who does not want an object’s story to go “on the record.” I have frequently heard such requests when dealing with objects relating to a Mennonite’s military service.

It makes me ponder the Mennonites who went to war — and what happened to them and their communities when they came back. It also leads me to think about what happens to us today when we shy away from talking about stories that challenge us — stories like the one of Driedger, who was not only a Mennonite soldier but served in the German military on the wrong side of the war.

One of my goals for this project has been to start a conversation. We have done extensive outreach, with calls for artifacts to help us tell a story that our own collection cannot fully tell on its own. We have established new relationships with organizations like the local branch of the Canadian Legion and arranged artifact loans with military museums.

Some in our community might find these connections incongruous for a Mennonite museum. But I think these new relationships build bridges and extend our impact.

My hope for “Mennonites at War” is that it will raise important questions.

— In a context where the biggest story about war told among Mennonites is about the Mennonite stance against it, do we listen to the stories of the people who were — voluntarily or forcibly — in active service?

— How do we deal with histories of Mennonites who fought on the “wrong side”?

— How did Mennonites treat one another when they disagreed about nonresistance?

— If the Second World War is any indicator, Mennonites in Canada lost some ability to convey the importance of this belief to the next generation. Eighty years later, what is the state of the Mennonite belief in nonresistance, especially in younger generations in North America who have not had to deal directly with this question?

— Have we lost something important about what it means to be Mennonite today? If so, what is the price of that loss?

In a world where the information we see is often generated by algorithms to support what we already think we know, museums have an important role to play. They ask questions that make us think twice about our past. They start conversations about topics that have the potential to make us uncomfortable. They lead us to engage people with whom we might not agree in constructive and respectful ways.

Working on “Mennonites at War” has led me to grapple with these questions. My hope is that our visitors will be open to wrestling with them too.

“Mennonites at War” will open May 29 at Mennonite Heritage Village’s Spring Fundraising Gala. Details on how to attend the event virtually are at mhv.ca. 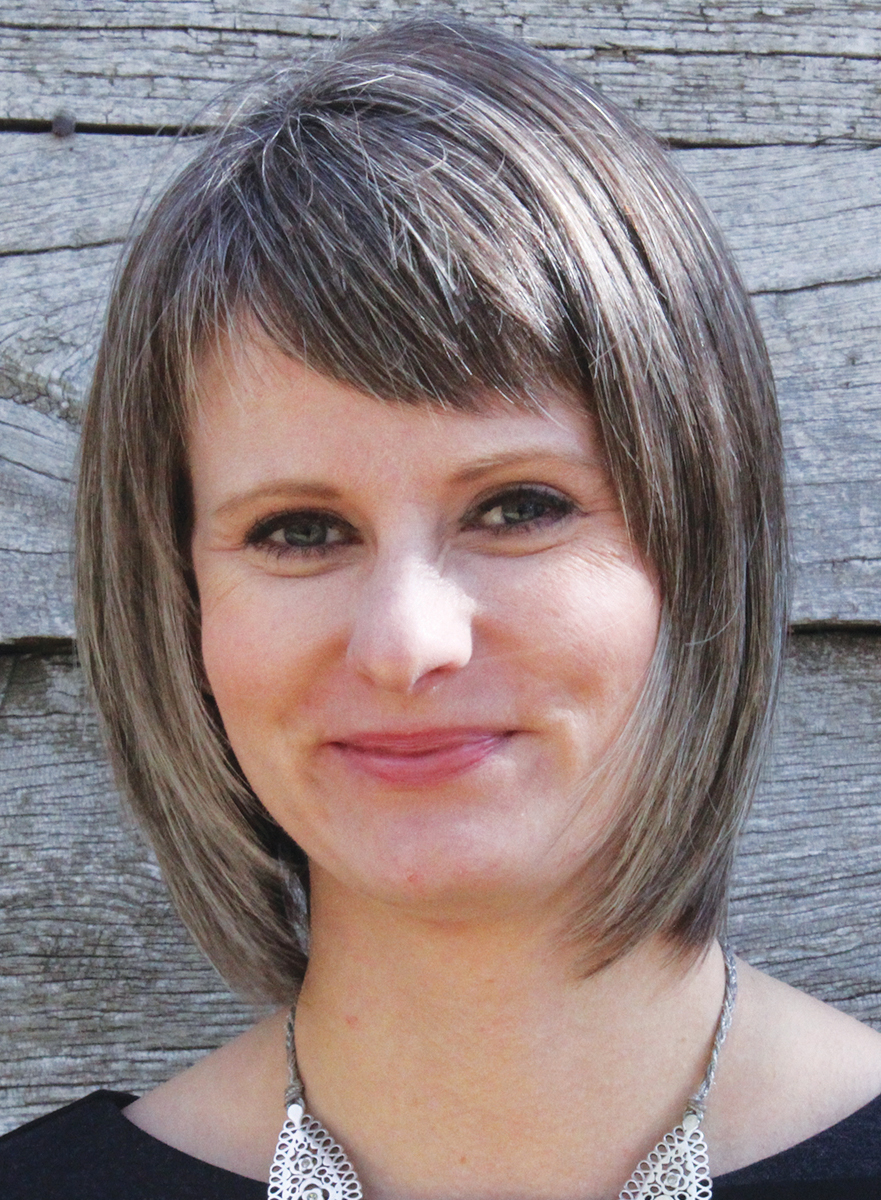