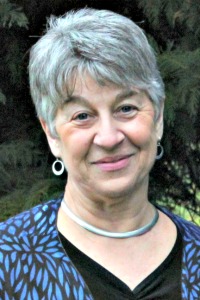 The decision of Anabaptist Mennonite Biblical Seminary (AMBS), Elkhart, Ind., and Mennonite Church USA to revisit the legacy of our most influential 20th-century Mennonite theologian, John Howard Yoder, has resulted in articles and responses in our church periodicals and elsewhere.

More will surely appear in the months to come. Therefore, I would like to share several concerns. In common usage, “allegations” implies charges that are unsubstantiated and unproven. It is not appropriate to continue to use the term “allegations” in reference to Yoder’s sexual abuse and immoral relations with women.

A church-appointed task force heard eight women’s stories in February 1992, considered the evidence and determined that the charges were valid. I was one of those eight.

After we shared our stories, I went around the circle of church representatives and, calling them each by name, asked, “_____, do you believe us?”

Each responded, “Yes, I believe you.” Subsequently the Indiana-Michigan Mennonite Conference released a statement that said: “From this work the task force concluded that the reports are true and that Yoder has violated sexual boundaries.”

In the June issue of The Mennonite, the article “The Decision to Disinvite John Howard Yoder to Speak” and the editor’s note that preceded it both refer to “allegations” or to “alleged victims.”

Since church and conference representatives had determined that the charges were true, it is not appropriate to continue describing them as allegations.

The same article perpetuates another misconception when it says, “Contributing to the silence was the fact that the women abused by Yoder did not come forward with their stories.”

This is not true of many of the women. After confronting Yoder personally and telling him I wanted him to have no more correspondence or contact with me, I met personally with Marlin Miller, AMBS president, in 1983 to tell him of the way Yoder had tried to sexualize a relationship with me.

Miller told me he had heard from dozens of other women, some of them students at AMBS, with similar complaints.

Some of us had gone to conference and other church leaders with our concerns and continued to do so for many years.

Another misconception that has been reflected in articles and letters to the editor over the years is that the women who went to the seminary, church and conference leadership with our concerns about Yoder’s behavior were anonymous.

The dozens of women who told Marlin Miller about their unwanted experiences with Yoder were known to him. Many had signed statements documenting these occurrences.

The women who in 1992 met with church and conference leadership sat face to face with them. We wrote a three-page document summarizing our experiences and listing eight steps we wanted the church to take.

Each of us signed her name. We were not anonymous.

It will never be known how many women around the world also experienced sexual abuse from Yoder but never had the courage, safety or means of going to the church or the seminary with their experiences, but I have heard such stories.

Too often the frustration and anger have been directed at the women who complained of violence from our most influential peace spokesman.

Unless our concern is focused on what went so wrong in this story, on how Yoder was allowed to separate his personal ethics and behavior from his formal theology and still maintain a position of authority and respect within the church and on how victims’ needs and concerns were trivialized and minimized for so many years, we risk re-enactment of this tragedy.

May God give us the courage and wisdom to learn what we must so that true repentance and healing may happen and that we may then become people of authentic peace and good news.