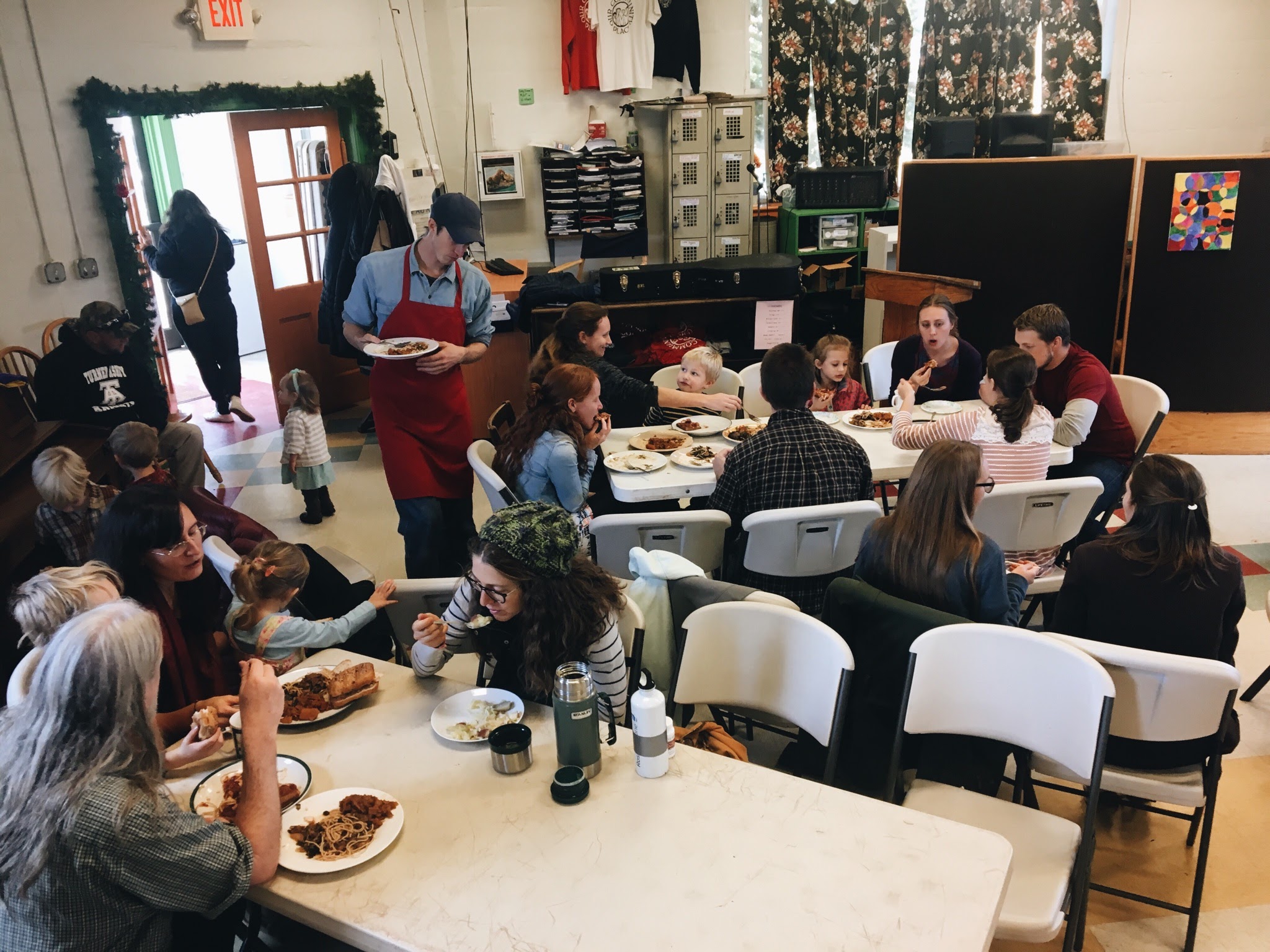 Kenneth Wettig is Pastor of Early Church in Harrisonburg, Virginia.

Live the Sign: Radical hospitality amidst an Inhospitable culture as the local mission of the church

Xenophobia (fear of strangers) is a Greek word that has been used to define our current sociopolitical climate. From the racism we witnessed in Charlottesville, Virginia, to the general polarity within our culture on any number of issues, the culture in which we live in the United States has a seemingly growing fear and mistrust of the other. 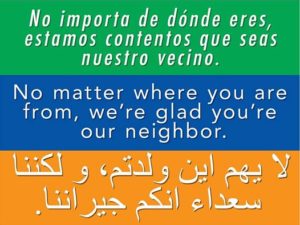 About this time last year, in the midst of the unprecedentedly toxic political campaign of 2016, there began to appear in both Menno and non-Menno yards all over the country a public witness to another way. These brightly colored signs of orange, green and blue gave voice to those of us who, witnessing the changing tides, felt otherwise voiceless in the public debate. These “welcome your neighbor” sings acted as precisely that: a sign to others that we who follow Jesus believe there is another way.

In seeking to articulate our sense of missional call as a church, another Greek word began to become important to us at Early Church: Philoxenia. Philoxenia is the Greek word for what we call hospitality, and translated from Greek literally means “stranger love.”

It is within the context of a xenophobic culture that we at Early Church are seeking faith-filled ways to bear witness to the Radical Hospitality (Philoxenia) of Christ and his Kingdom.

Our overseas missionaries sent out from the local church community are in many ways an inspiration and example to us of what it means to be the sent people of God.

But to be missional is to recognize the inherent “sentness” of every local church (collectively) and every Christian (individually).

In this way, we at Early Church are seeking to re-imagine ourselves in the reality that wherever we go (as Christians), we are sent. If so, what are the implications to where are we sent? Below are some (not an exhaustive list) of the spheres that we as members of Christ’s can begin to own our “sent-ness.”

Like all churches, each member of the community has their own specific vocation, the work to which they have been called and by which they seek to bear witness to the reign of Christ. The local church must therefore seek to support their members in their vocations. Whether it is as teachers or students in schools, parents at home, business people or community leaders, each of these vocations (and many more) offers a context in which we can understand ourselves to be sent as ambassadors of the philoxenia of Christ.

For some the location of the place where we gather for our public worship service is likewise a place to which we, if we are to be the church, have been sent. Therefore, because we (Early Church) worship at Our Community Place (a local community center that serves those on the margins of our society), we offer hospitality in that place by way of a community meal. Every Sunday after the worship service we rearrange the chairs from rows into little circles as we sit together for a common meal that includes not only members of our church community, but also members of the OCP community.

Finally, over the last six months, through experimenting with a project we are calling “Parish Communities,” we as a church have been experimenting with the question; what would it look like if each one of us were sent to love God and neighbor as the church in our neighborhood? What if we don’t just happen to live in a place because we got a good real estate deal on the property or because we liked the school district. What if we began to re-imagine ourselves as sent to our neighborhoods to be witnesses of God’s love in Christ in the same way that our missionaries overseas see themselves as sent into their context?

Holding these three spheres in tension will always be a matter of discernment. For some their vocation is the primary place in which they are sent, for others it is the neighborhood and for others it may be the public arena and Christian activism.

In any case, what is not optional is that in whichever sphere it may be, if we are followers of Christ, then we are also ambassadors for Christ.

In these ways, Early Church, in response to the radical hospitality we have received in Christ, has been on its missional journey, seeking to become something of a living sign, that, like the signs in our yards, cries out prophetically to our xenophobic culture about the radical, neighbor-welcoming philoxenia of Christ.