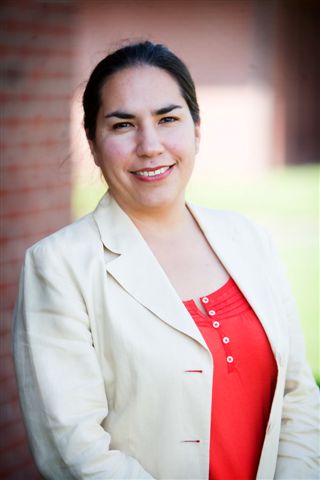 My father was removed from his mother and family, land, people, community and language at birth. He grew up in Denver, 350 miles from his mother’s birthplace and his native homeland. He was a ward of the state, raised in a foster home that housed up to a dozen boys at a time. When he graduated at age 17, he was given a choice to separate either to incarceration or the military for his remaining year as a minor.

My father grew up abused and unloved. Perhaps even more importantly, he grew up separated from anyone who looked like him, identified with him, believed in him. His face, skin color, the features of his body prevented him from truly assimilating into the dominant culture, and he faced racial discrimination throughout his life. What he did not have access to were the protective factors provided by a community of his people — such as his language, his land, a community of people who knew his history and could teach him his culture, or tie him to the generations who came before him carrying a shared spiritual tradition. He grew up alone.

The Indian Child Welfare Act (ICWA) was passed by the U.S. Congress in 1978 to protect the generations of children that came after my father. It was created to protect Native American children from being removed from their families and communities, to remedy generations of removal of Indigenous peoples from their lands, culture and way of life via the reservation system and the systemic removal of children to boarding schools. According to a report created by the U.S. Senate in 1977, at the time the report was written, 25-35 percent of all Native children were living in foster homes away from their families, overwhelmingly in white homes.

The ICWA was created to protect Native American children and the sovereignty of Native American tribes. It strengthened the rights of Native American parents. It also provided that Native children separated from their parents must be placed in the care of extended family members first or members of their own tribe if extended family members are not available. If there are not placements available within the child’s tribe, a child must then be placed with members of another tribe, and only when all Indigenous placements have been extinguished can a child be placed in a home that is not Indigenous.

On Oct. 4, U.S. District Court Judge Reed O’Connor struck down the ICWA on the grounds that it is unconstitutional. It will most likely be taken up by the U.S. Supreme Court.

In a response to O’Connor’s ruling, the National Indian Child Welfare Association stated: “This egregious decision ignores the direct federal government-to-government relationship and decades upon decades of precedent that have upheld tribal sovereignty and the rights of Indian children and families. Through 40 years of implementation, ICWA’s goal is to promote family stability and integrity. It continues to be the gold standard in child welfare policy. While this disturbing ruling is a pivotal moment for Indian Country, we vehemently reject any opinion that separates Native children from their families and will continue to fight to uphold ICWA and tribal sovereignty.”

We must stand with the National Indian Child Welfare Association and Indigenous Peoples, the original Peoples of the land, in opposing this action.

Sarah Augustine is executive director of the Dispute Resolution Center of Yakima and Kittitas Counties in Washington. She is also adjunct professor of sociology at Heritage University, co-founder of Suriname Indigenous Health Fund (SIHF) and a founding member of the Anabaptist Coalition to Dismantle the Doctrine of Discovery.