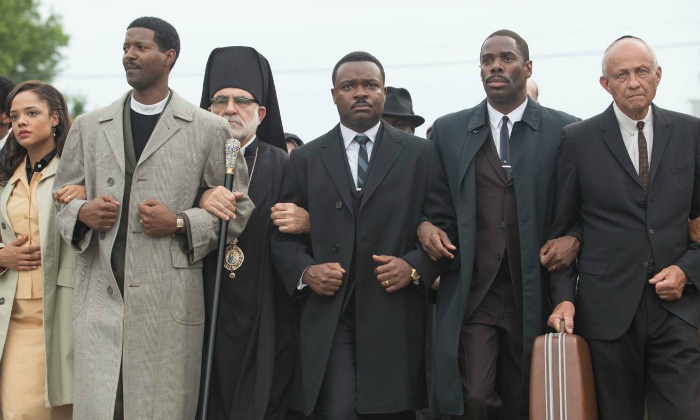 You’re at the cinema, and a movie comes on. After the title appears, you see the words “Based on a true story.”

Anymore you have to wonder what this means.

Every year, it seems, we encounter in the media a debate about the veracity of certain dramatic film portrayal of historical events. This year is no different.

The historical events that inspired the making of Selma are the marches from Selma to Montgomery, Ala., in 1965, led by Martin Luther King Jr. and how these helped lead to the passage of the Voting Rights Act of 1965.

But with the release of the film has come much criticism of the film, particularly its depiction of President Johnson (LBJ) and his differences with King.

As Elizabeth Drew writes in the New York Review of Books (Jan. 8): “The film suggests that there was a struggle between King and Johnson over whether such a bill should be pushed following the passage of the 1964 Civil Rights Act, signed into law in July of that year.” She says this is “pure fiction.”

Amy Davidson, writing in the New Yorker, disagrees. She says the film “is fair to Johnson; the portrayal is multifaceted and respectful and fully cognizant of his essential commitment to civil rights.”

Another recent film, American Sniper, is based on the life of Navy SEAL marksman Chris Kyle. The Clint Eastwood film depicts his life in “mythical proportions, avoiding more disturbing aspects of his life,” according to Jake Coyle of the Associated Press. Meanwhile, the real Kyle boasted of killing looters after Hurricane Katrina.

To illustrate the pressure directors may face, Kyle’s father reportedly told Eastwood before production started: “Disrespect my son and I’ll unleash hell on you.”

Another recent film, The Imitation Game, has also come under fire. Based on the life of Alan Turing, a British mathematician, logician, cryptanalyst and pioneering computer scientist who led a team of cryptanalysts in breaking the Nazis’ Enigma code during World War II. Christian Caryl in the New York Review of Books (Dec. 19, 2014) says the film “represents a bizarre departure from the historical record.”

There was an outcry two years ago over Kathryn Bigelow’s Zero Dark Thirty because it showed that intelligence gathered through torture helped lead to Osama bin Laden’s capture. Senators Diane Feinstein and John McCain claimed the film was “perpetuating the myth that torture is effective” and told the film’s makers they had “a social and moral obligation to get the facts right.”

Drew takes a different view. “No one is asking for a documentary,” she writes. However, “Our history belongs to all of us, and major events shouldn’t be the playthings of moviemakers to boost their box-office earnings.”

Ava DuVernay, who directed Selma, says the concern is not box-office earnings but the director’s artistic vision. “You can look at everything with a lens of scrutiny and miss the greater truth that the artists are trying to share,” she said in an interview.

Even historians have to condense and simplify their telling of events. You just can’t include everything and every nuance. And directors of dramatic films are interested in a dramatic story that fits their larger vision.

That doesn’t excuse portraying falsehood. It hurts the film’s credibility when such inaccuracies are part of it.

Gordon Houser is associate editor of The Mennonite. This ran as a Mediaculture column in the February issue.

My prayer covering, and this column’s purpose

How God, the best broker, does business