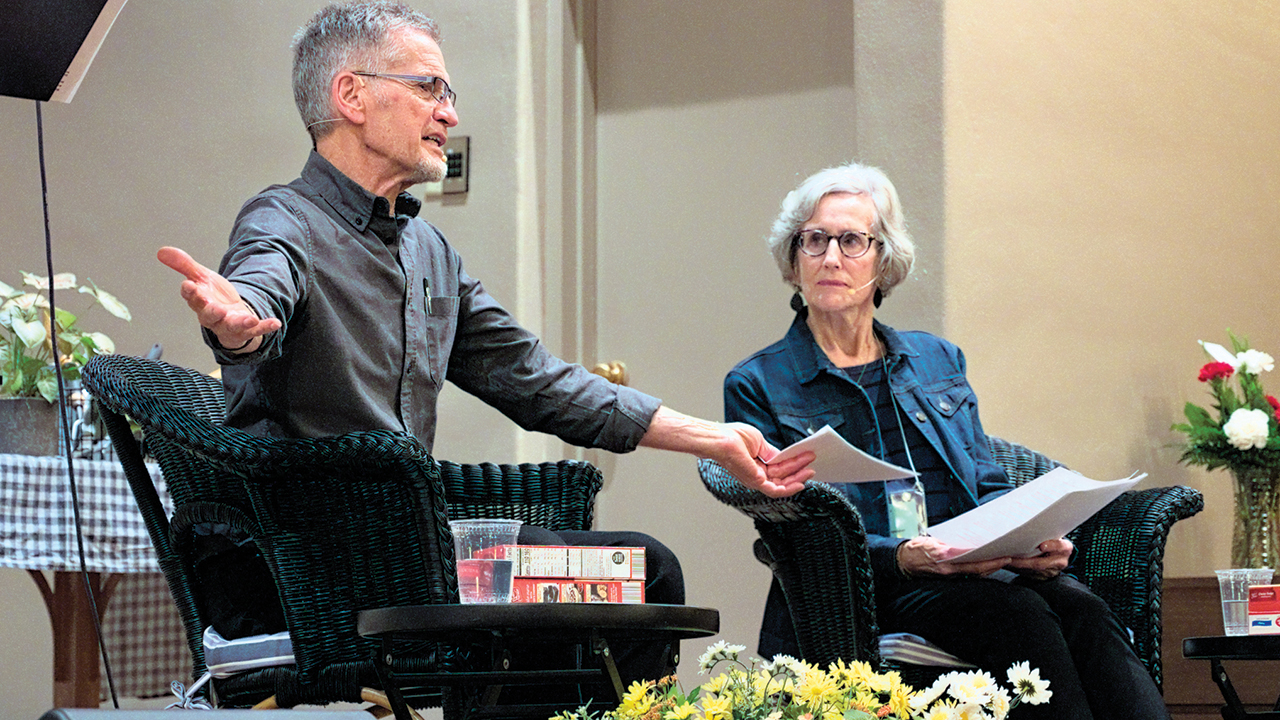 As part of a larger review process, Ohio Conference of Mennonite Church USA will review its affiliation with the denomination over the next 12 months. The conference’s leadership team announced the decision in a Jan. 18 letter to credentialed ministers, and delegates offered feedback at the annual conference assembly March 4-5 at Zion Mennonite Church in Archbold.

Conference minister Dick Barrett said the conference is smaller than it was 20 years ago, and the theological understandings of people in the conference and MC USA have changed during that time.

“Many of our pastors and congregational members would have difficulty with the theological emphasis that MC USA has expressed in its media postings and resources and resolutions, particularly the Repentance and Transformation Resolution being brought to the delegate assembly in May,” he said. “But there is also recognition we have pastors and congregational members who support MC USA and use many of their resources.”

Ohio delegates passed a resolution in 2017 that initiates an automatic review of its affiliation if there are substantive changes to MC USA’s Membership Guidelines, the Confession of Faith in a Mennonite Perspective or how the conference credentials its leaders.

Barrett said the special delegate assembly May 27-30, with an agenda that includes resolutions to repeal the Membership Guidelines, has implications.

“Particularly, the Repentance and Transformation Resolution calls into question the autonomy we would have,” he said. “It calls for changing the Confession of Faith. And how does that resolution fit with the Forbearance Resolution passed by the delegate body in 2015?”

(The Repentance and Transformation Resolution would commit MC USA to “embody a theology that honors LGBTQIA people and relationships with all future MC USA theological statements, including but not limited to future revisions of the Confession of Faith in a Mennonite Perspective and A Shared Understanding of Ministerial Leadership.”)

Like one other conference, Ohio Conference allows congregations to be members of the conference but not the denomination. However, that option has been used minimally in Ohio.

“In the review process, we would need clarity from MC USA on what that looks like going into the future,” Barrett said. “Can Ohio Conference claim its autonomy that MC USA claims it has?”

The review process begins April 1 and comes as the conference adopts a new, more outward-focused mission statement encouraging congregations to reach out to their communities: “The mission of Ohio Conference of MC USA is to Gather, Equip and Send our congregations to Love God, Love Others and Make Disciples of Jesus Christ.” The conference will also review its constitution and structure.

“We are half the congregations and half the members that we were 20 years ago,” Barrett said. “We’re looking at streamlining the structure with the recognition that we don’t have as many volunteers as we once had, and we really want the focus of the churches to be congregational, as opposed to serving in conference teams. There’s a lot of overlap that requires people to serve in multiple areas.”

The assembly theme, “Befriending the Neighborhood: Am I a Good Neighbor?,” tied into the new mission statement’s focus. It was also the theme of a missional conference preceding the assembly led by Howard and Cathy Wagler of South Hutchinson, Kan. The Waglers are network directors of MC USA’s South Central Conference, where some congregations are also evaluating their affiliations after conference delegates voted last summer to remain with MC USA. The couple also spoke during assembly worship sessions.

During the assembly, Ohio Conference received the transfer of Trenton Mennonite Church in Ohio from Central District Conference of MC USA. Ken Sims, a member of Sharon Mennonite Church in Plain City, Ohio, was affirmed as conference moderator. Sherah-Leigh Gerber was welcomed as regional pastor for the eastern half of the conference, replacing Ralph Reinford, who retired after serving 11 years in the role.