I was pacing in the living room. My son had been making his way through the Harry Potter series all summer, and he was reading the climactic chapter in the sixth book, Harry Potter and the Half-Blood Prince. (Non-spoiler clue for those who know it: the one right after Harry and Dumbledore get back from the cave.) 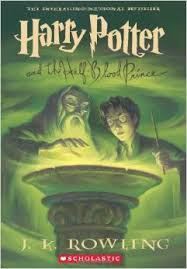 He is a voracious reader, and he has been completely absorbed in the wizarding universe all summer long. He compares his friends to the various characters, decides which Hogwarts house would best fit each member of our family, and quietly waves an imaginary wand to open automatic doors at the grocery store. The books have taken him into another world.

As he disappeared into his room to read, I knew that the story line was about to rock Harry Potter’s world, and my son’s by association. What do you do when you know heartbreak is coming to your child? I wanted to warn him, so he could guard his heart and mind against the sadness that was coming — but no one wants spoilers in the midst of a good story. So I paced.

There is a striking parallel to our Christian story, and teaching our children about the heart of our faith. You can’t be a follower of Jesus unless you reckon with the cross. At the center of our faith is a bloodied, broken Savior, murdered by the state. Whatever theological claims you make about the cross and its redemptive power, it stands unmistakably as the climactic chapter of the Gospel. The best parts of Christ’s story are about how God’s love for us overcomes all — sin, violence, earthly powers, even death itself. Without the cross, you can’t get to the empty tomb. There is no resurrection without death first.

It’s so tempting to protect our children from sadness, in the stories that they encounter, in the lives they lead, and in the heart of our faith. But to do so would be the biggest spoiler of all. The cross — while it must be handled in age-appropriate ways — cannot be avoided in the story of Jesus, any more than You-Know-Who can be avoided in Harry Potter’s. In spite of the heartbreak, those stories prepare and strengthen us and our children for the inevitable presence of evil, death and violence in the world around us. Harry Potter teaches us to face those things with courage and the power of friendship. Jesus also teaches us to face them with courage, but emphasizes the power of love. Both stories teach us that love is a force stronger even than death. We can’t know the power of love unless we know the powers of sadness and death that love overcomes.

When my son emerged from reading in his room, he was silent. I offered a hug, and he curled up in my lap like he hadn’t done in a long time. His eyes were dry, but he looked like he’d had the wind knocked out of him. I told him his dad and I knew what he had read, and we remembered how sad we felt when we read it. After I held him in silence for a while, he said he was ready to go to bed, and I tucked him in with an extra hug or two.

The next morning, he was ready for book seven.

Jennifer Mills-Knutsen is a pastor of a “small but vital” United Church of Christ congregation on the border between the South and Midwest. This blog post is provided thanks to our partnership with Practicing Families.