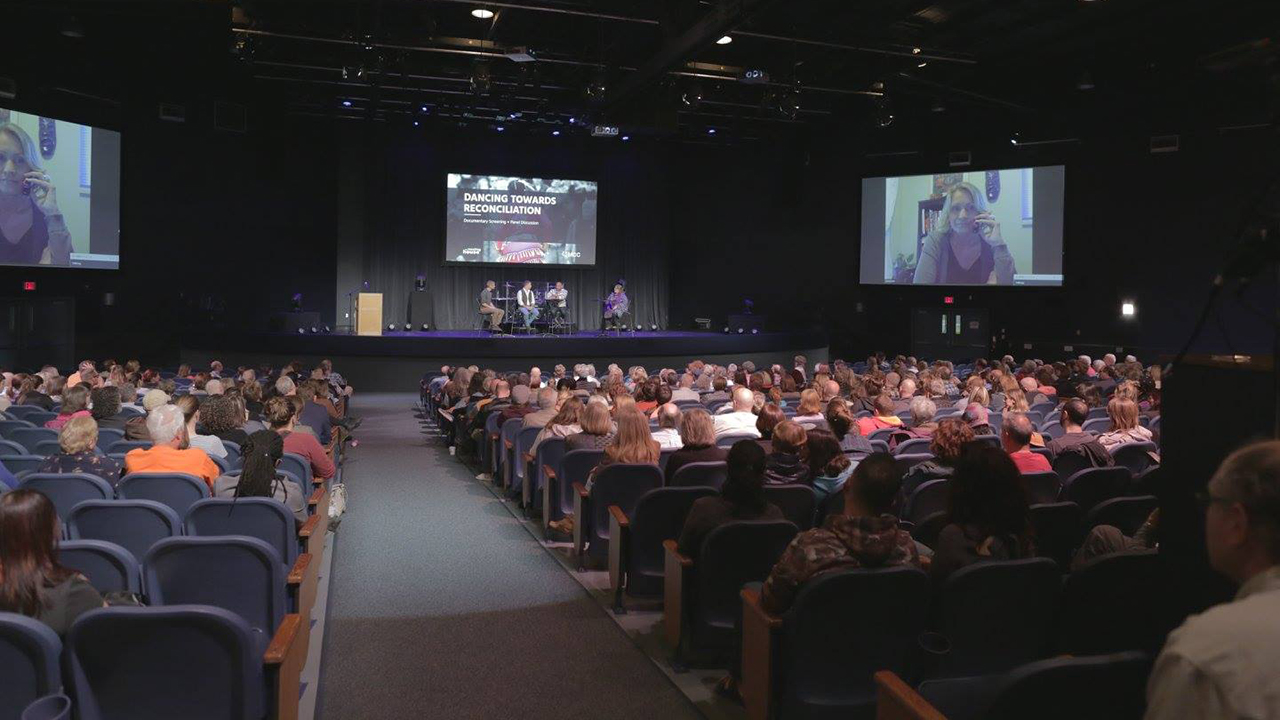 The Meeting House hosted Dancing Towards Reconciliation in October 2017. The event on healing between Indigenous and non-Indigenous groups in Canada included Mennonite Central Committee Ontario. — The Meeting House

“We own this . . . we are deeply sorry for the abuse and harm that has occurred,” said Jennifer Hryniw, a member of the Board of Overseers of The Meeting House, during a June 7 church town hall meeting. “We are deeply sorry for how many of these stories have been handled in the past. We continued to be humbled to now be the stewards of those stories.”

The previously planned meeting came one day after police announced Cavey had been arrested on May 31 and charged with sexual assault.

Reports of allegations were shared with Melodie Bissell, a victim’s advocate who has been engaged by The Meeting House to receive and document each story and advocate on behalf of the victims.

The reports represent allegations and disclosures relating primarily to clergy sexual misconduct, Hryniw said, and related to alleged harassment and abuse by four former pastors, including Cavey and Tim Day, who served as a senior pastor at the church for 14 years.

Bissell was also told about other leaders and staff who engaged in sexual misconduct, adultery and “troubling” emotional abuse.

“We also heard stories of brave individuals who tried to address the culture of immorality in the past,” Hryniw said. “They felt shut down and alienated by the church.”

The stories and allegations were not recent, she said. “But that doesn’t mean any of us can afford to ignore them,” she said.

The Meeting House has formed a committee to deal with each report “in a timely way,” Hryniw said, but it is challenging and taking longer than expected.

She added the victims asked “good questions about accountability and why decisions were made. . . . We want to know the answers, too.”

The church is also trying to “tread carefully and faithfully, prayerfully seeking understanding, not treating these stories as separate and unique situations but as a narrative that is unfortunately woven through our story as a church,” she added.

One trend noticed by church leaders is “a skew to prioritizing the care and well-being of offenders over victims,” Hryniw said. “There are multiple stories of victims who felt shamed and rejected by the church, while the offender was supported through so-called restoration.”

Later in the meeting, leaders shared that giving to the church is down 30% to 40%, and it will be necessary to take steps to deal with the shortfall. This may include consolidating the church’s 20 scattered sites, or parishes, into six regions.

Other plans for changes include giving more power to the regions and having a less centralized structure and putting less emphasis on Sunday morning services.

At the same time, the church is committed to “staying true to our Jesus-centered, Anabaptist DNA,” they said.

The church is part of the Be In Christ (formerly Brethren in Christ) Church of Canada, which stripped Cavey of his ministerial credential in March.

During a question-and-answer time near the end of the meeting, it was revealed the church is providing Cavey’s family with an undisclosed amount of financial support as a “gesture of love and care.”

It was also noted that the investigations into the allegations have come at “significant financial cost” to the church, but that was considered “money well spent.”