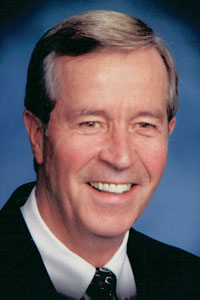 Some of us remember when bishops were in charge and pretty much ruled Mennonite Church life. I remember going to the annual meeting of the conference to discover that the bishops had already met and made decisions on the live issues facing congregations. Those decisions were then reported to the ministers and congregations for implementation.

Was that kind of power and process what the situation demanded? It gradually lost its favor with the people as lay delegates and congregational representation came into vogue. What some called “heavy-handed” was replaced with a more open and democratic process.

When I was in college and seminary, the emphasis was on servant leadership. One’s authority and mandate for leadership was derived and earned by serving the Lord and his people. Humility was a virtue. Space to lead was earned rather than granted. The focus was on those being served rather than on the server.

I have had a growing concern about the change in our view of church leadership over the past several decades. Have we replaced the concept and practice of servant leadership with something borrowed from the secular world, even big business? Have we succumbed to the influence of the zeitgeist and the larger world’s emphasis on individualism and self-interest?

What are the indicators? Our literature, curricula and periodicals and the language and titles we use seem to avoid servant themes. And I acknowledge that women and people from oppressed situations may not welcome another call to servitude. They may be sick of it. Nevertheless, I am not ready to allow self-interest and individualism to smother a biblical practice.

In Luke’s account of the Last Supper (Luke 22:25-27), Jesus addresses a dispute among his disciples. “The kings of the Gentiles lord it over them; and those in authority over them are called benefactors. But not so with you; rather the greatest among you must become like the youngest, and the leader like one who serves. For who is greater, the one who is at the table or the one who serves? Is it not the one at the table? But I am among you as one who serves.”

A related concern is the change in the names we use to describe leadership in the church. From the simple titles of “Brother” and “Sister” of the 1940s and 1950s we have moved to “Doctor,” “Executive” and CEO (chief executive officer), which seems like quite a leap for a people once known for simplicity and humility.

Have I overstated the case? You may want to check out the websites of our denominational and area conference offices for staff titles.

There surely are settings where listing and even citing the education and accomplishments of staff is appropriate and helpful. But there are times when the use of titles may amount to the stroking of pride and an exchange of favor.

Is this what we want? Is this what the Lord of the church wants? Do we want our church leaders to be seen as servants or as powerful people adept at shuffling the decks?
If we believe in servant leadership, we need to use appropriate titles that reflect and are consonant with belief and practice.

An example: Chief Executive Officer or CEO is a common term in the business world. Chief refers to the tribal leader, boss, one in charge. Executive is the person who decides and implements. Officer occupies the office most commonly used in military or law enforcement settings.

Would we say that Brother Menno Simons, (that crippled, underground, hunted, hedge preacher) was our CEO—our number one office holder who made and implemented decisions for 16th-century Anabaptists? Probably not.

I have always winced when someone calls me Reverend. It doesn’t feel good and doesn’t fit a simple Anabaptist. I have learned to accept the term Pastor, but Minister is surely adequate.

Beyond mere personal preferences is the bigger issue of how we perceive church leadership and how we are perceived by others.

Jesus gave us clear teaching and a concrete example of servant leadership. In a world saturated with individualism and self-interest, we are wise to follow the Lord’s teaching and example.

Robert Hartzler is a retired Mennonite pastor and conference minister and a member of Sugar Creek Mennonite Church in Wayland, Iowa.