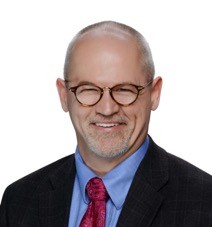 Over the last 30 years of equipping people inside and outside the church to resist racism and white supremacy, I’ve repeatedly encountered the following seven roadblocks. They appear time and again within the white community in general and among white Mennonites in particular. In light of the resurgence of overt white supremacy in Charlottesville, Virginia, it has become even more essential that we remove these roadblocks from our lives, congregations and denomination.

1. Individualizing: This roadblock takes the form of statements like, “Let’s just talk about human beings, not races.” Or, “Let’s just talk about all God’s children. Race-based discussions only make things worse.” The attitudes reflected in these comments divorce the contemporary experience of racism–one all too evident in racial profiling by the police, disproportionate incarceration of communities of color, job discrimination and unequal access to health care, to name just a few examples–from the systems, institutions and historical precedents that have brought them about.

To overcome this roadblock, we need to use the language of race to identify where racism is present and come up with systemwide solutions to dismantle it.

2. Separation: In this instance, I have heard white people repeatedly proclaim, “We aren’t as bad as _____ [fill in the blank-the KKK, white supremacists, Aryan Nations]. Why are you saying we’re part of the problem?” Likewise, someone in a white suburb often asserts, “We don’t have that problem here.” In the first form, the statement fails to acknowledge that white supremacists express overtly what many white groups maintain covertly through realty practices, political redistricting and financial loan practices. Likewise, racially homogenous white communities did not get that way by accident. We have plenty of historical evidence to demonstrate that white communities in this country became white through deliberate policies of genocide, sundown laws, housing loans and white flight.

To remove this roadblock, we need to be honest about our racial history in the church and the communities in which we live. Consider reading the texts below to learn more of this history.

3. Spiritualizing: In many white churches, I have heard congregants say to me, “We are all the same in God’s eyes.” Or, “Discussions about racism really don’t matter because Jesus’ blood covers us all.” While the basic sentiment of God’s universal acceptance and unconditional love is worthy of frequent assertion, to make those claims as a reason to not discuss the history and current practice of racism in this country is itself a theological travesty.

Our church traditions and theological assertions call us to identify how we can build God’s community and where we have failed to do so. We need the best of our spiritual formation directives to be mature enough in our faith to have the difficult discussions about how white socialization–along with similar patterns of gender, class and sexual orientation–often blinds us to the truth we most need to confront.

4. False equivalency 1: I should no longer be surprised by how often this roadblock shows up. I hear my white sisters and brothers say, “But I also have a hard time getting a job (or getting into a good school or getting heard in meetings).” This kind of statement attempts to equate white experience with that of people of color. Although all racial groups have a host of individual experiences and kinds of diversity, the consistent reality is that to be white in America is to have access to privilege and power that is denied people of color.

Recognizing that the experience of being a white person cannot be equated with that of a person of color is the first step toward recognizing the benefit that comes from white skin privilege.

5. False equivalency 2: This roadblock is a new form of an old saw that goes something like this, “But Black Lives Matter is no different than the alt-right.” Earlier on, the claim was, “But the Black Panthers are no different than the KKK.” History does not support either claim. In both cases, the former groups organized to assert their right to equality and dignity in a society structured from the outset to deny their very humanity. The latter groups formed to maintain and preserve the principle of white superiority.

We need to recognize the difference between the aims and means of race-focused groups and evaluate them accordingly.

6. Misdirection: In a highly effective rhetorical ploy back in the 1990s, a number of pundits began using the term “politically correct” to discredit a renewed push to dismantle racism and sexism in society. Since that time, I have encountered similar statements in the church by white people who say, “Talking about white privilege and power is just political correctness. We need to look at what the Bible says.” Given that the biblical text has much to say about the spiritual and physical effects of power and privilege, my colleagues and I are more than ready to have that conversation. Unfortunately, too few take us up on our offer.

In short, we need to stop being duped by the misdirection of labeling something political correctness and have the kind of focused conversations about white power and privilege in the church that leaders from the Latinx, African-American and Native communities have been calling for through many decades.

7. Charitizing: This final roadblock appears as someone suggesting that the solution to the problem of racism is to offer charity to those oppressed by racism without changing the situation of oppression.

What if we instead challenged youth, adults and seniors in white communities to come up with creative ways to enter into conversation about race right where they live? This summer, I spent seven days biking 500 miles through rural Montana carrying a banner that read, “#ride4blacksolidarity.” The conversations I had about racism and race in a very white place were rich, frequent and substantive. Members of the white community can bring the best of our creativity and energy to counter the racism of the communities in which we live. We need to do so before white supremacist marches like the one we just witnessed in Charlottesville become even more common.

Tobin Miller Shearer is an associate professor of History at the University of Montana where he also directs the African-American Studies Program. Along with Regina Shands Stoltzfus, he is the co-founder of the Damascus Road anti-racism training process (now Roots of Justice). His most recent book is Two Weeks Every Summer: Fresh Air Children and the Problem of Race in America (Cornell University Press, 2017).