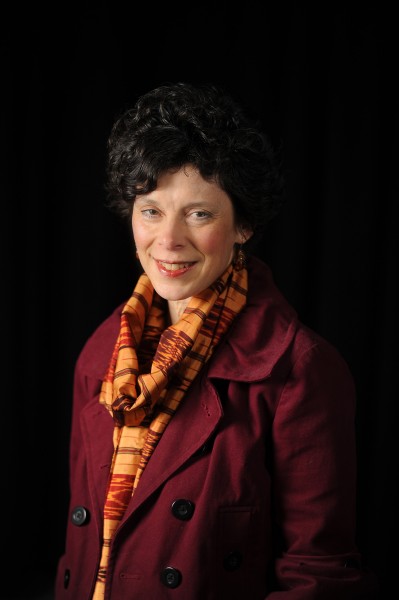 Michele Hershberger is professor in the Bible and Ministry department at Hesston (Kan.) College.

It’s been a crazy last couple of days. Hearing the gun shots in my kitchen that afternoon, I shook my head at whoever that silly hunter was out there. “Someone’s hunting too close to town,” I said to myself. Then…the text message that Hesston College was on lockdown, the sirens, the people running past my house. I was motionless, in disbelief.

The reality of what had happened hit home as the Hesston College community gathered for prayer later that Thursday night, but it wasn’t until a reporter from the Wichita Eagle approached me for an interview on Friday that the theological implications of what happened and how we must respond really hit home.

The only thing I knew to say to the reporter was something that I had heard so many times that, in this intense moment, I could remember and cling to, even if my emotions weren’t matching up with my words.

I told her about shalom justice.

Thanks to my parents, pastors and professors, I’ve heard about shalom justice all my life. Different from an American or Greek understanding of justice, shalom justice comes from a biblical perspective.

In the Bible, God gives people what they need, not necessarily what they deserve.

God rescued the people in Egypt even though many of them had forgotten God and started worshiping the Egyptian gods. But God rescued them because they needed it. In the parable of the prodigal son, the father showed shalom justice to his younger son after he had dishonored his father and before he had time to pay his dues. Jesus died on the cross for us–for me–surely giving me exactly what I needed, even though it was a love I don’t deserve.

Jesus in Matthew 5:43-48 says we are to do the same. God sends rain and sunshine to the good and the bad (shalom justice), and we are to be like our Father in heaven. The Father loves his enemies. We are to do so as well.

That’s what I said to the reporter. That’s why, I explained to her, we pray for Cedric Ford’s family as well as the families of the victims. And furthermore, living this way, giving people what they need, more than the bad things they may deserve, is the only true way we can “fight” evil.

It’s too late to help Ford, but there are other persons out there who are angry and lonely, and we have the choice, starting today, to choose love over fear.

What does it mean to start giving shalom justice to everyone we meet?

Here’s a beginning list. We refuse to stereotype the Other, whoever the Other might be to you. We reflect on who we hang out with, and if all those people look just like us, then we need to broaden our friendship circle. We look at the systemic realities that keep whole groups of people marginalized. We stand in solidarity with those who are oppressed.

We don’t have to volunteer everywhere, but we can volunteer somewhere. And while we are there, we check our hearts and ask Jesus to help us see the people we are with as he sees them. We ask Jesus to fill our hearts with love and humility, and with the realization that they have something sacred to share with us. He’ll answer that prayer.

And as we pray, we believe that God is still moving in this world. We listen for that voice to say to us, “Hey Michele, call so-and-so. They are discouraged right now and they need to hear from you.” Or, “Hey Michele, go and buy two bags of groceries for so-and-so,” or “Call someone now, they are thinking about suicide.”  I know that God works in this way. I know it.

We don’t have to rescue everyone. We do need to do what we can, with God’s help. We are called to listen to God’s voice and do just what we’re asked to do. Those small things—and sometimes big things—may save lives. Maybe even our own lives. We won’t ever know, this side of heaven, and that’s okay.

We give people what they need, not necessarily what they deserve.

An excerpt from Michele’s Feb. 26 interview with The Wichita Eagle:

“What he did was wrong. But if we as a community can help each other forgive and respond in love to everyone, then in a tiny way we may be the hands and feet of Jesus.

“Somehow the Christians of Newton and Hesston did not have enough of a relationship with Cedric Ford that we were able to help him find an alternative to this tragedy. I’m not blaming anybody. But that’s how we want community to work.”

Some say, with the shooter’s death, justice has been served.

But Mennonites believe in shalom justice, concerned more with what people need, not necessarily what they deserve, Hershberger said.

“It’s too late for Cedric Ford, but how do we show shalom justice to his children and his family and to all of the families of the victims and to the Hesston cop who shot Ford?” she said.

In the coming weeks and months, the most important thing for the community is to not respond in fear, she said.

“I think the most difficult thing to do is to continue to walk outside and greet every person we see,” Hershberger said.