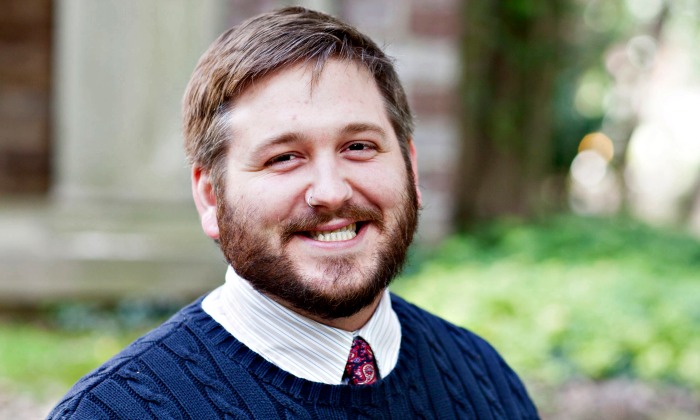 Editor’s note: This post is adapted from a Dec. 7 sermon at Faith Mennonite Church in Minneapolis, Minn.

In a letter written in 1963, marking the 100th anniversary of the “Emancipation Proclamation,” the African American novelist and essayist, James Baldwin tried to explain to his 15-year-old nephew why so many white people have such great difficulty understanding the ongoing plight of black people in America:

“Try to imagine how you would feel, if you woke up one morning to find the sun shivering and all the stars aflame. You would be frightened because it is out of the order of nature. Any upheaval in the universe is terrifying because it so profoundly attacks one’s sense of one’s own reality. Well, the black man has functioned in the white man’s world as a fixed star, as an immovable pillar: and as he moves out of his place, heaven and earth are shaken to their foundations.”

In the days leading up to the Grand Jury announcement as to whether or not the Ferguson Police Officer, Darren Wilson, would face charges for fatally shooting an 18-year-old unarmed black boy, Missouri Governor Jay Nixon had been preparing for a violent reaction to the news by placing the entire state of Missouri under a “state of emergency.”

As I sat watching CNN in a San Diego hotel waiting for the announcement to come in, the reporters, pundits and politicians all seemed unified about one thing: no matter the result of the juridical process, we must all pray for a peaceful response to the jury’s decision.

The same reporters, pundits, and politicians who have been so eager to rally around the cause of the U.S. War on Terror and the Israeli destruction of Gaza, now seemed to be unwaveringly committed to absolute nonviolence and peace.

And oh the fear in their eyes—“peace and nonviolence, law and order, protection of property”—these were the mantras spoken over and over again by those with an interest in the preservation of White society, those who would do just about anything to maintain the so-called “order of nature,” to ensure that the black man and the black woman and the black children of Ferguson and in the rest of America do not, as so aptly put it, “move out of place.”

For the black person to “move out of place” in a social order that emerged and is sustained by colonialist genocide and white supremacy is, indeed, to risk the shaking of the very foundations of heaven and earth— a cataclysmic disruption of the order of nature.

Notice that when second Isaiah calls upon God to act in the world, the author does not expect God to preserve the status quo; instead, Isaiah calls for God to “tear open the heavens” so that “the mountains quake.”

All throughout the prophetic and apocalyptic literature of the Hebrew Bible the God of Israel is depicted as that power which irrupts onto the stage of world history, particularly religious and political history, to liberate the oppressed people of God.

And when this happens, when the oppressed are liberated, heaven and earth are, indeed, shaken to their foundations.

The theme of our Advent preaching and teaching this year brings into focus the meaning of the word, “revelation.”

The word revelation is not so much used as a word to describe the unveiling of mysteries previously hidden in the world, but rather it denotes the very activity and presence of a God who comes from beyond the world in great power and glory, a God whose very activity and presence on the scene of human events is disruptive and disturbing, perhaps even out of the order of nature.

Revelation, apocalyptically inflected, encounters us less as an “Aha!” moment (“So that is the reason why things are the way they are” or “Oh, I get now!”)

Rather, revelation, apocalyptically inflected, is an event that undoes our ordinary understanding of things—and often times, we don’t like what we see.

The sermon of Jesus in Mark 13 picks up on this prophetic and Jewish apocalyptic tradition, and intensifies it.

Mark 13 has Jesus speaking of the time which is about to come, the time near at hand—while no one will know the hour, all must remain awake, all must be ready for the imminent upending of the cosmos.

But the disciples do not understand. And Jesus is led to the cross.

The cross is deeply significant here, for the apocalypse of God— indeed the beginning of the end of this present evil age—is intimately bound up with the crucifixion of Jesus Christ.

For it is among the abandoned and betrayed where we will be encountered by God’s apocalypse.

For us today the call is to enter into solidarity with the centuries long struggle of black people to affirm their own humanity in the midst of a deeply oppressive and sinful social order, an order that continues to criminalize and enslave black men, women, and children.

For this is where Jesus is—with Michael Brown, with Eric Garner, with Tamir Rice.

For us today, to “stay awake” means to be attentive to the way in which God is actively upending what Baldwin called the “order of nature”—those economic, political, legal and social structures that seem to many of us so natural and unquestionably good, but are, in fact, sustained by and depend on a centuries long history of anti-black racism and white supremacy.

In this sense, the Holy Spirit is always and at every point a revolutionary Spirit.

In this sense, as the black liberation theologian, James Cone has insisted, “Jesus is black.”

This God is eternally faithful to these ones, eternally affirming their black lives, and as such this God is faithfully at work to upend this sinful social order.

So let us pray for the strength to “stay awake!”—for heaven and earth will be shaken to their foundations.