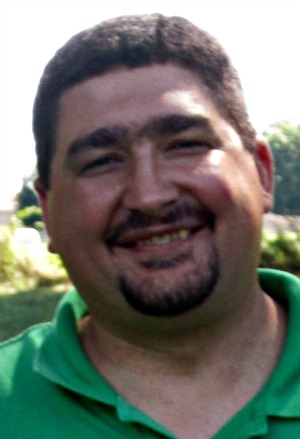 For evangelical third-way Anabaptists (neither liberal nor conservative), the 2014 credential leaders survey results are disturbing rather than encouraging.

Here’s the bottom line that most people will be most curious about: Over 45 percent of all credentialed leaders in Mennonite Church USA who responded to the survey believe that LGBTQ individuals who are celibate or in monogamous relationships should be eligible for leadership credentials in the denomination. (This includes 19.5 percent who think leadership roles should be open to LGBTQ individuals without any conditions, including the expectation of monogamy, but more on that later.)

I am concerned that this large of a percentage—even if still in the minority—will move many more moderate and conservative congregations to leave Mennonite Church USA rather than stay and work for reform and renewal.

I would be inclined to disagree with the congregations who will exit if it were not for the broken (or perhaps even non-existent) system of authority and accountability within the denomination.

According to the Executive Summary, over 40 percent want area conferences or congregations to be centers of authority (i.e., being free of relational accountability to members of the denomination beyond their own conference or congregation) and over 23 percent responded that the current structure is satisfactory.

If congregations and conferences can make their own decisions regarding credentialing outside the counsel of the wider church and there are no serious consequence (see footnote below) for breaking their relational commitment to the wider church, then there is no possibility for accountability at the denominational level. One cannot work for reform through the structure of the denomination if there is no avenue available to do so.

In addition to these two major outcomes, here are my other observations:

1. Leadership roles without conditions?
Many advocates of same-sex marriage have maintained that no matter what stance one takes on whether the church should bless same sex marriages, we share a common teaching against casual sex and reserving sex for committed monogamous relationships.

However, when almost one in five credentialed leaders (19.5 percent) responded that “LGBTQ individuals should have opportunities to serve in leadership roles without conditions” like being celibate or in a committed monogamous relationship, we can no long make this assumption of shared convictions about monogamy. There is more at stake here than how the church responds to those who experience same-sex attraction.

2. Widening the tent
One of the failures of denominational leadership has been in trying to continually “widen the tent” and include as many people as possible in the denomination. Perhaps we are too insecure and afraid of declining attendance to think of saying “no” to those who have defected to the liberal and fundamentalist camps. Yet, trying to appease the ends of the spectrum has led to a loss of a missional identity, a loss of a clearly articulated sense of who we are and how that is different from either political option (left or right, liberal or fundamentalist) in our current politically and culturally polarized context.

While those in the fundamentalist camp have tended to find reasons to leave over the years, liberals have instead hidden their true commitments or not been held accountable for them and have worked to gain control of communication agencies and educational institutions in the church, leading MC USA to lurch toward cultural accommodation on the left. We are now faced with a choice not between left and right but between left and center.

If denominational leadership wishes to find unity in the church, the survey results actually offer a pretty straightforward way to do so. Only “15.9 percent are willing to support LGBTQ inclusion even if doing so results in membership losses for the denomination.” On the other hand, 43 percent of those who support the current teaching position of the church represented in the 1995 Confession of Faith are willing to do so even if it results in losing members.

This leaves 41 percent who said they “desire to find a way to live in unity within the diversity that exists in the church.” In other words, denominational leaders have a fairly clear choice to keep 57 percent of the church together (by changing the Confession of Faith) or to keep 84 percent of the church together by maintaining the current teaching position of the church, we will see if we really believe in unity or only when calls for unity serve to protect the pursuit of individual and congregational autonomy.

3. Losing young adults?
Another common canard of advocates for LGBTQ inclusion is that the church needs to change its teaching position on human sexuality or risk losing future generations of youth and young adults. If the inevitability of a change in generational attitudes were so certain, one would not expect to find that “the least support for LGBTQ membership is among those between 36 and 45 years of age” (45 percent).

While I would concur that it is not surprising that support for membership for LGBTQ persons is highest among 18-35 year olds (65 percent), given the incredible power and pressure of secular media and secular LGBTQ rights efforts, the fact that the second highest percentage of support comes from those between 56-65 may hold a clue to another reason why this is so. Many of those between the ages of 36 and 45 were educated and mentored into pastoral leadership during a time when a majority of professors and pastors still held (and taught and modeled) the current teaching position of the church.

Many 18-35 year olds, however, have been educated and look to persons in the 56-65 year old category as role models, who are currently teaching and hold positions of influence in the church. Rather than assuming the inevitability of younger persons becoming more and more progressive in their views, the survey results may instead point to the need for greater accountability for those entrusted with the spiritual formation and education of our youth and young adults.

4. People of Color
I was disappointed to see that there were only two short paragraphs included in the Executive Summary describing “Perspectives of People of Color” and nothing in the survey results itself. Very little concrete information is given about the responses collected from the additional interviews conducted with representatives of six Racial/Ethnic constituency groups other than the statement, “in general, their responses regarding affiliation and the future of the denomination paralleled the responses of Group 1 in the earlier analysis of area conferences (those area conferences where less than one-third of leaders supported membership for LGBTQ members)” (Executive Summary). Is there a danger that the voices of people of color are being ignored or minimized when they are not identified or fully reported?

In conclusion, I share the disappointment and sadness of many other evangelical Anabaptists in MC USA in seeing the concrete results of the survey.

The survey results are not good news for the direction of the denomination—“74 percent of active and active-without-charge leaders in the Church Member Profile 2006 stated that homosexual relations were always wrong,” (Final Report) meaning that we have gone from about a 75 percent consensus to an almost 50-50 split in less than a decade.

What will the next ten years hold?

If there is any hope to be found in the survey results, it is that they may serve as a wake-up call to those who value unity but are reticent to exercise accountability. What is at stake is not who can be a part of the church, but whether there is any accountability for leaders and teachers for our common commitments that we hold together.

To continue on the path of pluralism is to accept a definition of unity through human effort rather than Christian unity which can only be found in the Holy Spirit’s leading us to common convictions. To continue to refuse to exercise accountability will only continue to erode our missional identity and water down witness we can offer to one another and the watching world.

Matt Hamsher is the pastor of Longenecker Mennonite Church in Winesburg, Ohio, and formerly served as a regional pastor in Ohio Conference. He lives with his wife and two daughters in Kidron, Ohio. This originally ran as a post on the Evangelical Anabaptist Network website.

1. See “Report from the Executive Board of Mennonite Church USA” (June 30, 2014) in which the only decisive action taken by the board was to refuse to recognize Theda Good’s credential and not including it in the denominational database (Action 3, p. 2). The other actions merely “call,” “ask,” and “request” actions on the part of Mountain States and other conferences even when the Executive Board clearly recognized that Mountain States “failed to honor the relational covenant that they made with the other area conferences when they joined Mennonite Church USA in 2005” (Action 2, p. 2). The most appropriate use of authority for the Executive Board would have been to temporarily suspend the membership of MSMC until they returned to the covenant they made or until the delegate body had opportunity to take action.