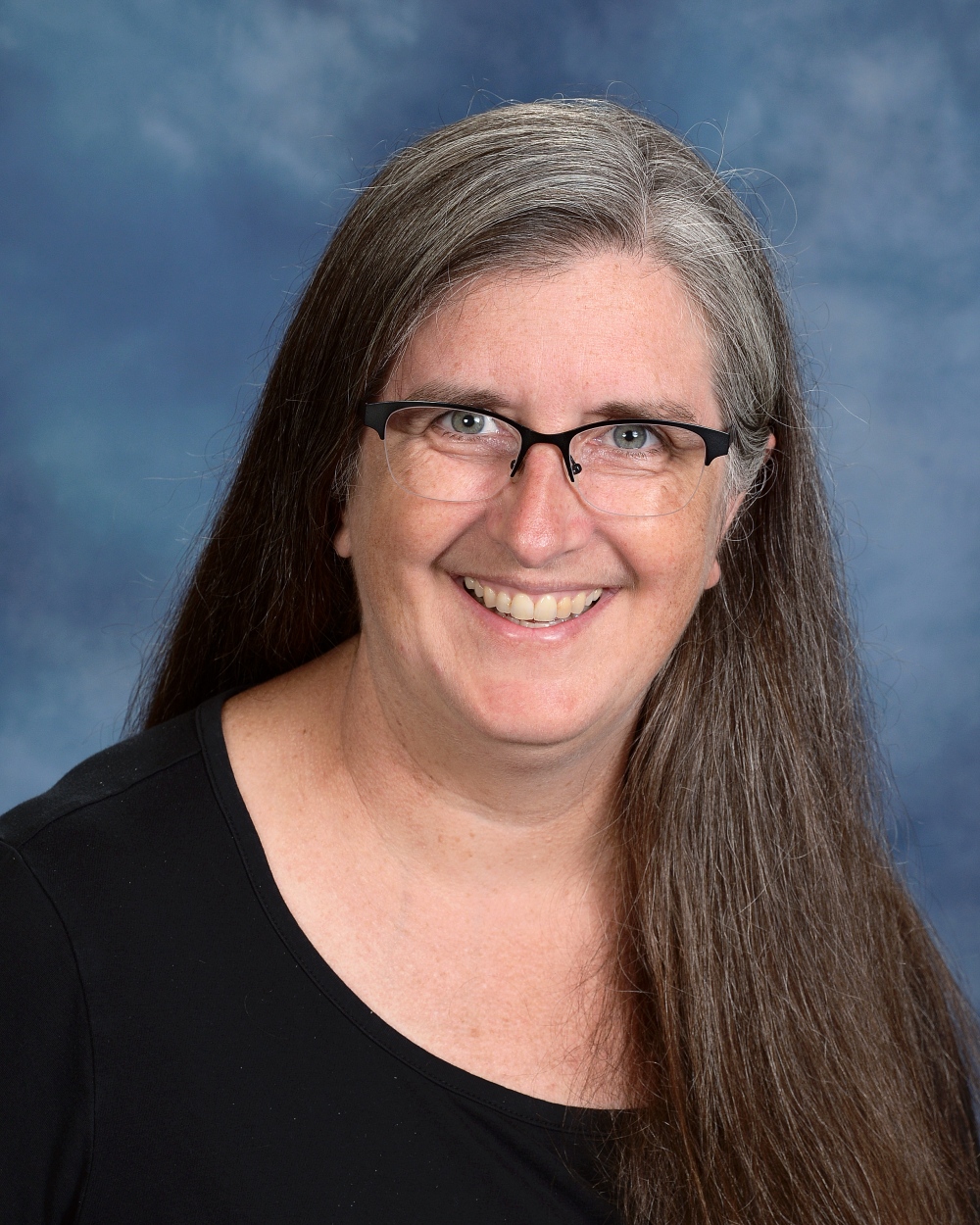 Gwen Gustafson-Zook is Pastor of Worship at College Mennonite Church in Goshen, Indiana. With her husband, Les, Gwen also forms part of a folk music duo that performs at churches, coffeehouses, festivals and more.

1. “Lord Of The Starfields,” Bruce Cockburn: I became acquainted with Bruce Cockburn’s music as a young adult in the 1980’s. His music seemed to push the boundaries of theology while exploring interesting and intriguing themes. “Lord of the Starfields” gave voice to a cosmic dimension of Divine Love. The older I get, the more I appreciate Cockburn’s articulation of this Love. “O Love that fires the sun, keep me burning.”

2. “You Can Do This Hard Thing,” Carrie Newcomer: Carrie Newcomer is about my age, plays the guitar and sings songs written out of common experience. I think this is why so many of her songs resonate with me. “You Can Do This Hard Thing” often feels like my personal theme song: a persistent reminder that there is plenty that comes our way that is genuinely difficult, challenging us to put forth more effort than we know we have within us. But the Power is in us. And we can do these hard things.

3. “Immigrant,” John McCutcheon: I first heard John McCutcheon sing “Immigrant” at a music festival in Winfield, Kansas, with the grandstands full of about 4,000 people joining in and harmoniously declaring, “I am a immigrant. I am!” An energy filled the crowd as this truth was sung. We bought the CD and played it on repeat all the way home (and it’s a 14-hour drive!).

4. “Orphan Girl,” Gillian Welch: Gillian Welch’s “Orphan Girl” speaks to the existential need/desire/longing to be known and to know where we come from. There is a haunting, earthy quality to Gillian’s voice that makes me want to listen…and own the fact that there may be just a bit of an orphan child in each of us.

5. “Bridge Over Troubled Water,” Simon and Garfunkel: I was the youngest of four children. When I was a young teenager I discovered that my brother, five years my senior, had lots of records. When he wasn’t home, I would stealthily play them on the console record player in the living room. “Bridge Over Troubled Water” was one of my favorites. I was intrigued that this music–music that was “not Christian music”-felt oddly consistent with what I was coming to embrace as Christianity. I think this was the beginning of my appreciation for many genres of music and the beginning of a recognition that the presence of the Divine is not limited to a particular person or church or faith tradition.

6. “Come Ye Disconsolate,” Roberta Flack, Donny Hathaway: Years ago I had the good fortune of studying with Dr. Vincent Harding at Iliff School of Theology in Denver. At the beginning of each class he put his small tape deck on the desk and we all sat in silence as he ceremoniously placed a tape in the player and pushed the play button. Then we listened. Sometimes the music was instrumental. Sometimes there were words. But it was always moving. One day he played a very soulful rendition of “Come Ye Disconsolate.” And we wept. I don’t think there was a dry eye in the room. Years later I had an opportunity to ask Dr. Harding why it was that he started each class playing music and he answered, “If we are ever going to learn anything, we have to open our hearts. And one of the surest ways to open the heart is through soulful music.” He was one very wise man.

7. “Calling All The Children Home,” John McCutcheon & Tom Chapin: Every year our family embarks on a kind of pilgrimage: we load up the car, pack the tent and the cooler and an array of acoustic instruments and head to The Walnut Valley Music Festival in the Winfield, Kansas. One of the highlights of the four days of camping in a crowd of 20,000 people who stay up all hours of the night making music and endure crazy weather (sometimes flooding, sometimes scorching) is that we get to hear John McCutcheon and Tom Chapin sing their new music. Often the music has political overtones. Such was the case for this song. When we first heard John and Tom sing “Calling All The Children Home,” the United States was creating enemies in Baghdad, as well as dealing with Apartheid in South Africa. This song skillfully and beautifully moved us as listeners from being right in the middle of the family supper table to extending our welcome and hospitality to all the people of the world. This song is both a testament to the power of love in families and an invitation to extend holy love to embrace all who make up the human family.

8. “Canned Goods,” Greg Brown: The beams along the edge of the stairs leading to my grandma’s basement were often lined mason jars full of homemade root beer. I can’t say I loved grandma’s root beer. But I loved the fact that she made it from scratch and graciously shared it with us, carefully pouring the precious brown liquid over ice cream in tall root beer float glasses. There was love in those jars. This song by Greg Brown speaks to that love.

9. “Table of Plenty,” John Michael Talbot: Throughout much of my life I have worked and pastored in economically diverse communities. Having had friends and congregants who lived in cars and shelters has made me appreciate church music that makes room for all of us. John Michael Talbot is a priest/musician who is inspired. Often when I have felt overwhelmed by the needs of the world around me I have found solace and encouragement by putting on the Table of Plenty CD, playing it loudly and singing along.

10. “Lean In Toward The Light,” Carrie Newcomer: I confess that I could easily listen to Carrie Newcomer’s whole “The Beautiful Not Yet” CD nonstop for hours on end. If I was banished to a deserted island and could only take one CD (that would miraculously play without any device!) it would be this one. She recorded it prior to the 2016 elections. It happened that we had an opportunity to attend her live concert a week after the election. And the evening was balm for the soul. This particular song reminds us repeatedly that “every kindness, small or slight, shifts the balance toward the light.” This, along with the admonition to “lean in toward the light,” feel both timely and essential to our well being and the well being of our planet.

11. “If I Had A Hammer,” Arlo Guthrie & Pete Seeger: In 1983 I was working as a Mennonite Central Committee (MCC) volunteer in Atlanta, Georgia. Our monthly stipend totaled $43. Somebody in the unit convinced me that I should spend a third of my stipend on a concert. I’m sure I questioned the wisdom of that decision before we went. But when Pete Seeger and Arlo Guthrie took the stage I was mesmerized. The next two hours were as much sing-a-long as they were concert. And when we sang “If I Had A Hammer” I experienced something like heaven on earth. I was enamored: songs of love and justice and hope. Before we left that evening I spent another quarter of my stipend on a “Precious Friend” record, filled with great songs like “How Can I Keep From Singing” and “All My Life’s A Circle.” It was an enchanting evening. And 30 years later I still love “If I Had A Hammer.”