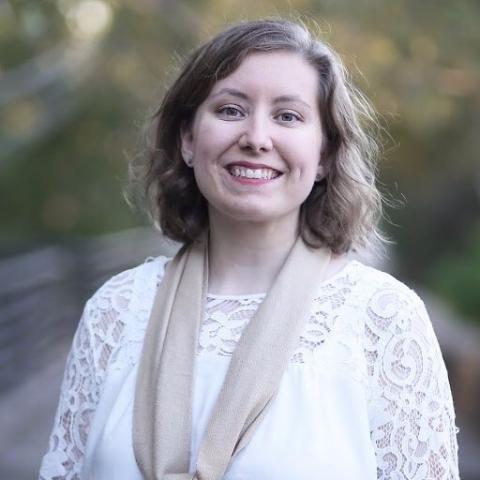 Editor’s note: A previous version of this story stated that Lea would be the first openly LGBTQ solo pastor in MC USA. Although he did not identify as LGBTQ when he was called, Randall Spaulding did serve as the solo pastor of Covenant Mennonite Fellowship, Sarasota, Florida, from 2009-2011, after coming out.

AMC developed a welcoming statement in 2007 and became a member of the Supportive Communities Network of the Brethren Council for LGBT Inclusion in 2015.

“The congregation is trying to be consistent with what we say we believe,” said Ken Gingerich, AMC member and moderator of MSMC, in a Sept. 18 phone interview. “We have several LGBTQ members who are active and serving in various leadership capacities and on different committees. If we’re going to be inclusive, it seems it should be at every level—otherwise we’re living with a double standard.”

Lea attended a Southern Baptist church during her younger years and first encountered the Anabaptist faith tradition while searching for denominations that actively included more women in pastoral roles and ordination during her seminary studies at George W. Truett Theological Seminary of Baylor University in Waco, Texas.

Lea connected with a group of Mennonite pastors that met together in Texas, and she eventually served as an interim pastor at Houston Mennonite Church while pastor Marty Troyer was on sabbatical.

“I continued to learn about Anabaptist theology and history and thought it was a great fit,” said Lea in a Sept. 19 phone interview. “Things just really blossomed, and I continued to feel like I had found my people.”

“She [Erica] is passionate about strong Anabaptist ministry and brings a heartfelt theological commitment to her adopted faith family,” Troyer said in an AMC press release. “While she served at Houston, our congregation experienced the best pastoral ministry has to offer: preaching, caring and management.

Lea has served at Calvary Baptist Church in Washington, D.C., since 2014. Following their wedding in November, Lea and her partner will relocate to Albuquerque, and Lea will assume this new role.

Lea said she is excited about the chance to serve alongside AMC and about the relocation to New Mexico.

“I have found New Mexico in general to be inspiring space,” said Lea. “The geography and theology of this place is very exciting to me. And with AMC, I love that half the congregation is ‘ethnic’ or ‘cradle’ Mennonite, and I love that half comes from different backgrounds. I’m from an ecumenical background myself, so that’s a strong connecting point.”

Lea notes that one hurdle she has faced in seeking a pastorate in MC USA is overcoming “Mennonite ethnocentrism.” In MSMC, Lea will join a conference-wide team of pastors that includes six young adults who have been drawn to Anabaptism after being raised in other faith traditions.

“There is this [growing] cohort of younger pastors like myself who are saying, ‘Wow, these Mennonites are doing good things with the gospel,’” said Lea. “I look forward to building those relationships with colleagues and supporting one another.”

Lea and the AMC congregation celebrate the fact that her appointment signals a new first for the denomination, but they also say that there is still work to do.

“I want to hold in balance celebrating who we are and who we’re becoming,” said Lea. “While I want to celebrate that we’re making some progress, I want to recognize that as soon as we think we have arrived, whether on racial justice, ecological justice, women’s leadership, etc., that’s the first sign that we haven’t and that we have work to do. My understanding of loving God and loving God’s people is to express chesed (loving kindness) whenever there is an opportunity.”

Good herself notes that she is “thrilled” to welcome Lea as a pastor in MSMC. “The church is blessed to have her as their pastor. She will be a gift to them,” wrote Good in a Sept. 21 e-mail.

Good also acknowledges that the celebration of any first, including her own ordination, was and is complicated. “It is rewarding to see congregations within MC USA intentionally calling gifted pastors to serve in leadership without judgment of who we have chosen to be in a loving committed relationship [with]. This movement of God’s Spirit is to be honored,” wrote Good. “On the other hand, I cannot help but hold the pain of the LGBTQ community as the denomination and conferences have deeply wounded competent pastors in the past by exiling them based on sexual orientation. I think the list of those wounded would be longer than most expect.”

Good hopes that MC USA will acknowledge that there are a diversity of opinions across the denomination about scriptural interpretation, but that “we can agree that the life and teachings of Jesus continue to be the bedrock upon which we reflect on the story of God’s love for God’s people.”

After several years in transition, members of AMC are excited to welcome Lea as their new pastor.

“We are anticipating Erica’s leadership as we begin our next phase of ministry and growth,” said Andrew Clouse, a member of the AMC search committee, in the AMC press release. “Our congregation has a majority of attenders who did not grow up Mennonite—who, like Erica, have chosen to join our faith community. We look forward to finding more ways of articulating and sharing an Anabaptist faith that can flourish in locally derived expressions of Jesus’ call to discipleship, peacemaking and justice. We think Erica is well-equipped to help us do this.”