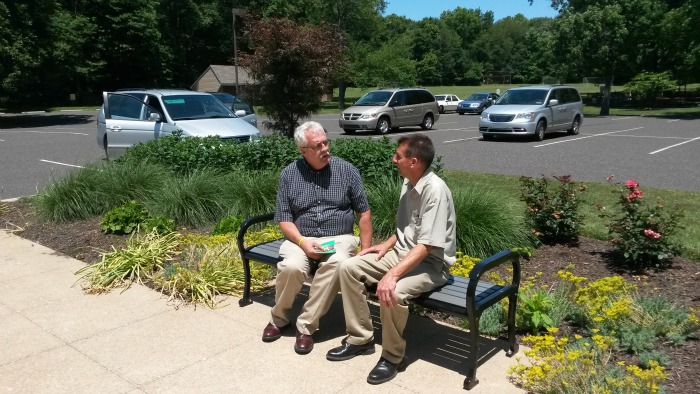 In May, when Vern Rempel ended a long-term pastoral assignment to found Beloved Community: A Mennonite Congregation in Littleton, Colo., he was able to bring his Corinthian Plan health coverage with him. The new church plant, which is part of Mountain States Mennonite Conference, also received a subsidy from the Mennonite Church USA-sponsored plan.

“As a new congregation, we were truly encouraged to receive a subsidized rate for health coverage at a time when we had very little money and a great deal of uncertainty,” Rempel reflects. “It is one of the things that has made all the difference in these first days. I am so grateful.”

This is one example of how The Corinthian Plan (TCP), a health coverage and benefits program based on mutual care practices, continues to provide support to Mennonite Church USA congregations as it begins its seventh year on Jan. 1, 2016.

“The Corinthian Plan is providing a good service, but more importantly, congregations see it as a high value to participate in a health plan pool where they are supporting people they know through sharing the cost of claims and by direct subsidies,” says TCP Director Duncan Smith of Lakewood, Colo.

As of September 2015, the self-funded plan provides health coverage for 946 pastors and other church staff members in a total of 262 congregations. Three-hundred seventy-eight total congregations are participating in the plan, including those that are waiving coverage because it is available through an employee’s spouse’s plan or because they do not have eligible employees. The waiving congregations offer support to the plan and hold open the option of joining the plan outside of open enrollment without going through underwriting.

The Church Benefits Board that oversees the plan decided in September 2014 to allow congregations that end their membership in an area conference of Mennonite Church USA to stay on the plan’s health coverage if they choose. If departing congregations leave the plan, though, they may not join it again. The board reaffirmed these “grandfather” guidelines at its Sept. 10, 2015, meeting, and will review them in September 2016.

“The board wrestled with this decision since The Corinthian Plan is a Mennonite Church USA program, but thought that it would be good both for the plan and for relationships in the church to keep the plan’s focus on providing health coverage,” Smith says. “We didn’t want to be at the center of congregational discussions about whether to stay or not.”

Smith says that conference leaders were informed of the “grandfather” guidelines and that two departing congregations have continued their health coverage through them.

Smith says that since its beginning, TCP has provided more than $2.2 million to congregations in subsidies to help cover their premiums through the Fair Balance Fund, to which TCP member congregations contribute $10 per regular attender. He says he has heard much appreciation expressed for the subsidies.

Congregations wishing to join TCP can enroll between Nov. 1, 2015, and Jan. 31, 2016. This open enrollment period mirrors that of the Affordable Care Act. A congregation may apply in November or December to begin coverage Jan. 1, 2016. Congregations applying in January 2016 will begin coverage Feb. 1, 2016.

The Corinthian Plan is owned by Mennonite Church USA and its participating congregations. Through separate pools, it provides benefits to employees of the Executive Board Staff, Mennonite Mission Network, Everence and Associated Mennonite Schools and Camps. Everence—the denomination’s stewardship agency—administers the plan, and claims are paid by Blue Cross Blue Shield.