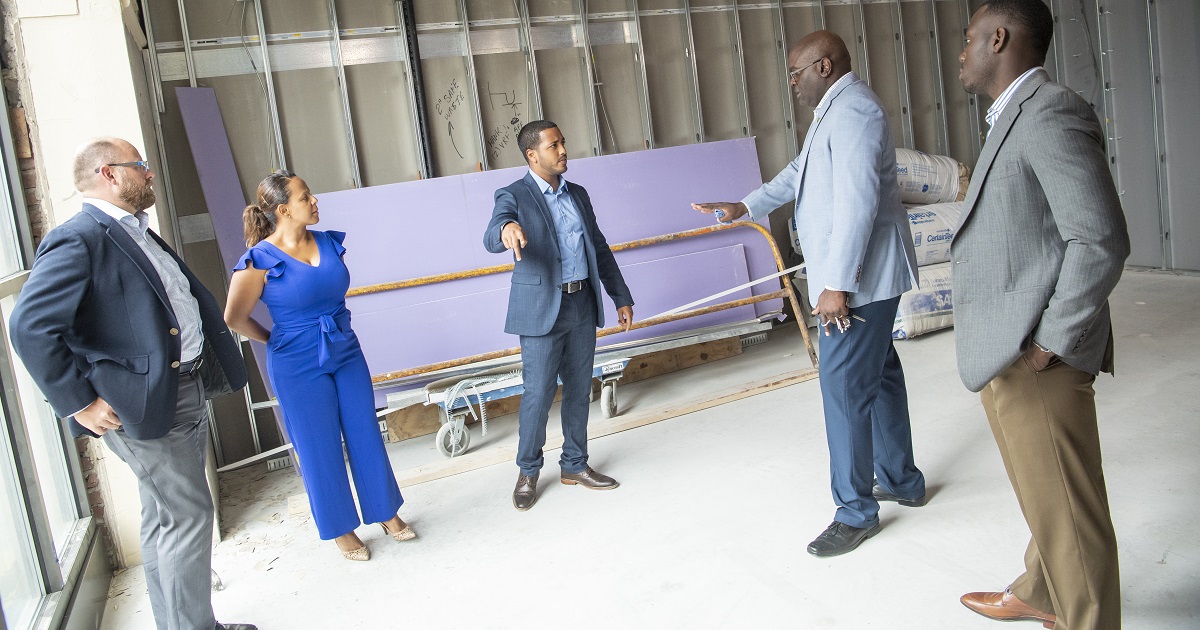 Philadelphia, the nation’s sixth-most populous city, will soon be home to an Everence office that will offer services designed to help people reach their financial goals.

The Philadelphia office is part of a commitment to “grow who, how and where we serve,” says Everence President and CEO Ken Hochstetler, drawing from a 2020 strategic plan.

Placing offices and staff in a city of 1.6 million people is new territory for a company that’s more accustomed to rural areas and small cities and towns.

“Increasingly, the next generation of the people and churches we look to serve are in urban settings, so going where the people are means going to the city,” Hochstetler says. “This does not change our core mission. We’re doing what we’ve always done—helping more people make financial decisions based on their faith and values.”

Philadelphia’s proximity to strong Everence markets in Souderton and Central Pennsylvania also makes the city a logical place to do business, Hochstetler says.

The Everence office is in Kensington, a low- and moderate-income neighborhood in North Philadelphia.

The neighborhood is like many others in metropolitan areas that banks often don’t serve well, says Bill Hartman, Everence vice president of organizational and congregational services.

“There are growing churches and growing communities in the urban centers, and in many cases, those communities are underserved,” Hartman says.

For Everence, then, “Banking is our entry point,” says Leonard Dow, stewardship and development specialist for Everence in Philadelphia. “We’re starting to engage folks with financial services—people who’ve been left out of that world.”

The underbanked community can also be underinsured, so those needs will be addressed too, Dow says.

The close relationship Everence has with churches gives it an edge that many financial services and credit union companies don’t have, Dow says, adding that it wouldn’t make sense for Everence to jump into a new urban environment strictly on its own.

“We didn’t want to enter into a new market with just a storefront—open our shop and pray that people come,” Dow says.

That’s where a valued partner, Esperanza Health Center, which operates three facilities in Philadelphia, fits into the picture. Esperanza is renovating the building, a former bank building at Kensington and Allegheny avenues, that will house the Everence office.

Although Everence is new to Philadelphia in terms of a physical presence, Dow is not. Before joining Everence in 2017, he served for about 20 years as pastor of Oxford Circle Mennonite Church, also on the north side of the city, and was a founder of Oxford Circle Christian Community Development Association, which launched programs to benefit children and adults.

Everence has been a neighbor of another Esperanza Health Canter since spring 2018, when Everence opened an administrative office in the Hunting Park neighborhood, three miles northwest of the new office in Kensington.

Working cooperatively with churches and Esperanza is vital to what Everence is doing in Philadelphia, says Everence stewardship consultant Natalie Martinez.

“Our association with Esperanza provides opportunities for us to engage with different groups,” Martinez says.

Martinez and others from Everence have been building relationships with Philadelphia churches as well as members of the millennial generation.

Diversity is an internal as well as an external emphasis at Everence, Hochstetler says. The first priority of the 2020 strategic plan is “to be an employer of choice with a workforce that reflects growing diversity.”

“If we, as Everence, want to serve a more diverse body of people well, we’re also going to need to learn and change, and become more diverse,” Hochstetler says.

The effort to make the Everence workforce more representative of the communities it serves can be seen in Philadelphia.