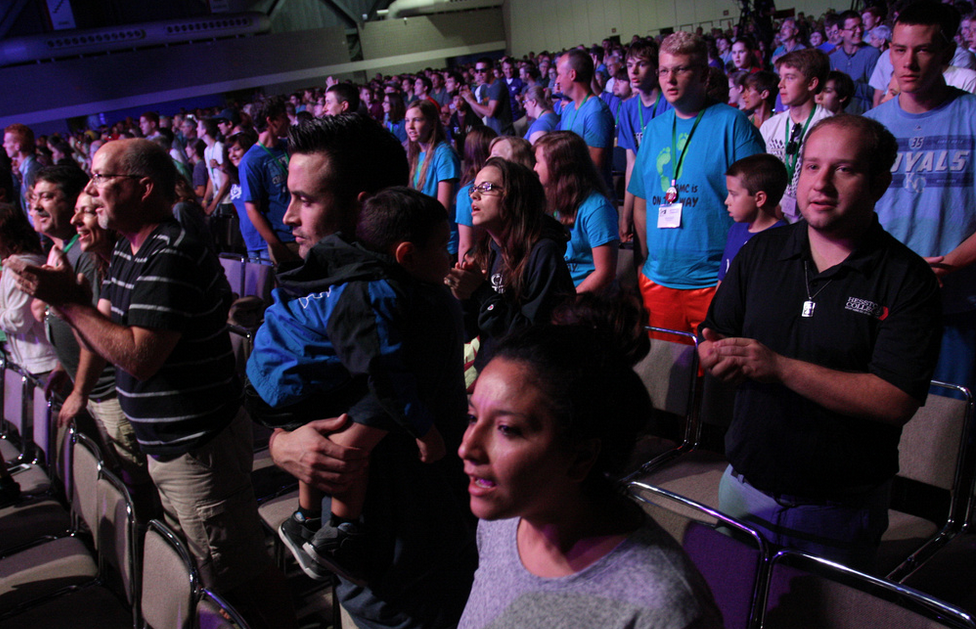 Joint worship for adults and youth on July 5. Photo by Vada Snider for The Mennonite.

There were 830 delegates in Kansas City and 627 in Phoenix.

Overall attendance was similar with 4,667 total individuals at Kansas City and 4,791 at Phoenix.

The next convention is scheduled tentatively for July 4-8, 2017, in Orlando, Fla. “We may change the start or end based on survey data,” said Guyton.

“I am hopeful Orlando will be an exciting destination and build upon the positive aspects of KC2015,” said Guyton. “We are going to budget and plan space for around 4,200 people.

There will be a new model at Orlando 2017: It will be one day shorter, for starters.

“We want an event that meets the needs of the next generation of Mennonites,” said Guyton. “Ideally, we want convention to be more affordable, more focused and more engaged with the local community.

The first planning meeting takes place in August, and convention-planning staff members hope to present a new model to the Executive Board soon after that.