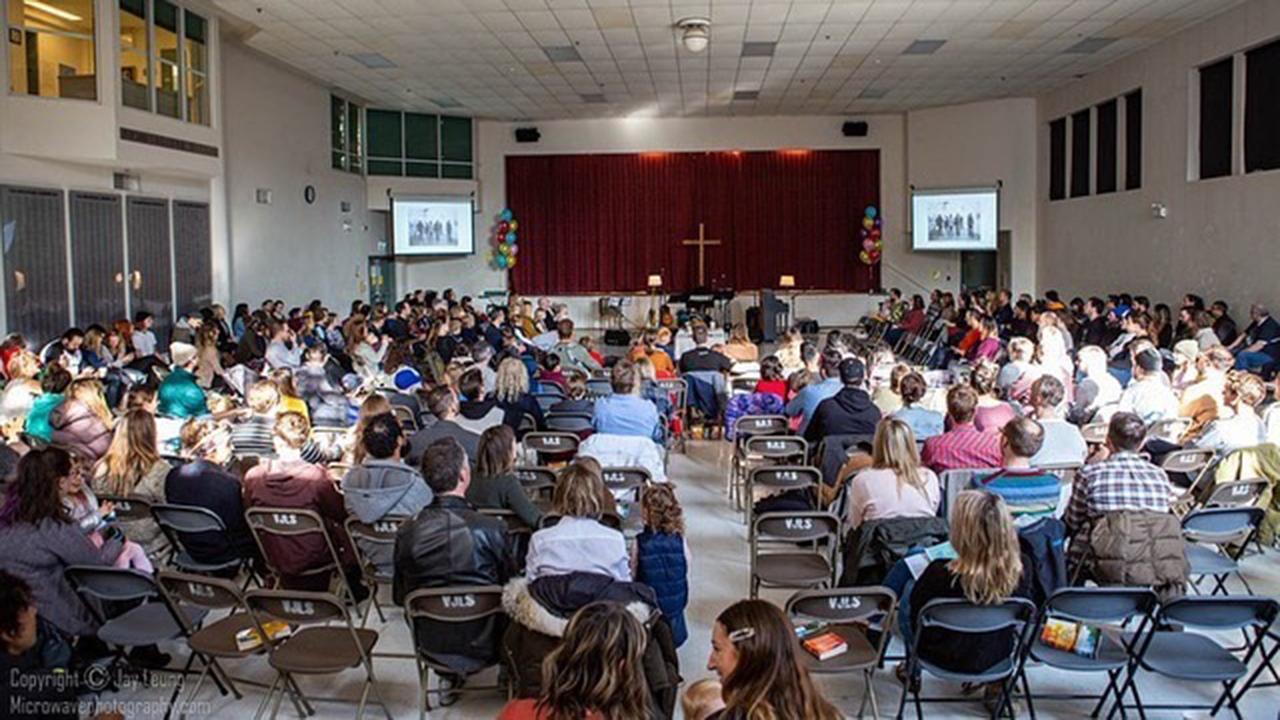 For Artisan Church, the British Columbia Mennonite Brethren congregation at the heart of the controversy over LGBTQ inclusion in that province, the journey to becoming inclusive began almost as soon as the church was started.

The church was planted in 2009 in partnership with C2C, the denomination’s church-planting ministry, in downtown Vancouver, B.C.

Almost right from the beginning, members of the local LGBTQ community inquired about becoming part of the congregation, said co-founding pastor Nelson Boschman.

“They were asking questions I couldn’t fully answer at the time,” he said of the gay, lesbian and transgender Christians who asked if they could be baptized, serve as leaders or be married at Artisan.

As more LGBTQ people started attending, attracted by the church’s open and welcoming approach to ministry, “there was a growing sense we needed to address this issue as a church,” he said.

The discussion started among leadership in 2016, then was taken to the whole congregation — made up predominantly by millennials for whom addressing this subject was very important — in 2018.

“We read a lot of books and consulted with other churches on this journey,” said moderator Peter Mogan, noting they also advised and updated the British Columbia Mennonite Brethren conference about the conversation.

“We wanted to hear all sides of the issue,” he said. It quickly became apparent it “wasn’t an open and shut case, it was a complex issue.”

The result of those discussions is the church’s Milestone Statement, which Mogan described as being a “third way that allows for a continuum of theological interpretations while embracing the unity of all who hold such interpretations.”

This also included “supporting pastors in the congregation who choose to marry same-sex couples as well as pastors who cannot, in good conscience, perform such a marriage,” he said.

“The Milestone Statement is a call to unite our church,” added Boschman, noting he’s aware of only one person who has left the church of 250 to 300 people over the decision to adopt the statement.

Although a lot of attention is being paid to LGBTQ inclusion, the statement is about more than that.

“It’s about how we apply our faith to all aspects of our life, with a focus on unity of the church,” he said.

“It’s a posture of curiosity, vulnerability and honesty, not something that says we have the corner on the truth.”

To those who say Artisan has abandoned the authority of Scripture, Boschman disagrees.

“We are not abandoning Scripture,” he said. “We want to understand how it exerts itself in our community and what it means for us.”

As for other BCMB churches, changing how they view Scripture or LGBTQ inclusion is not Artisan’s goal.

“We are just trying to do what is right for our community, what we feel God is calling us to do,” he said.

Artisan’s preference is to continue to be part of BCMB as it pursues what it believes God is calling it to do. But when it became clear that was not possible, due to the church’s stance on gay marriage, they volunteered to withdraw from the conference.

Delegates from Artisan plan to attend the April 30 BCMB annual convention, where the vote will be taken to let the church leave, Boschman said.

If BCMB would invite them to share about their journey and answer questions, they would be glad to do that, he said.

Both Boschman and Mogan expressed gratitude for the open letter that is circulating in MB churches in Canada calling on the BC and Canadian MB conferences to create space for conversation about LGBTQ inclusion. To date the letter has been signed by almost 500 people from over 40 churches across the country.

“We are pleased to see that others in the MB world would like to have a conversation about their posture and practice vis a vis LGBTQ+ people in their local congregations,” said Mogan, noting they were not behind the creation of the letter.

For those congregations, “our Milestone Statement can hopefully be a source of assistance and encouragement for those who choose to embark on the conversation and discernment.”