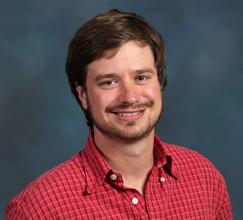 Michael (MJ) Sharp, a United Nations peace worker, was among a group of six people kidnapped by unknown assailants in the Kasai region of the Democratic Republic of Congo (DRC) on Sunday March 12, according to Al Jazeera. Sharp is a 2001 graduate of Bethany Christian Schools in Goshen, Indiana, and a 2005 graduate of Eastern Mennonite University, Harrisonburg, Virginia.

The other UN worker taken was Zaida Catalan from Sweden. In addition, the report states that four Congolese nationals, three motorcycle drivers and one interpreter were also kidnapped. The four nationals were not named in reports. The group was captured near the village of Ngombe.

According to Al Jazeera, Sharp and Catalan were part of a UN panel of experts that was investigating conflicts that have been ongoing in the DRC since the mid-1990s, when civil war began in the country. The report noted that the Kasai region has seen fighting and rebellion since September 2016 after government forces killed Kamwina Nsapu in August. Nsapu was a tribal chief and militia leader who had resisted President Joseph Kabila.

EMU also notified alumni of its Center for Justice and Peacebuilding (CJP) with connections to the DRC.

“I have mobilized all of our Mennonite members in Congo for prayers but also for advocacy,” replied one alumnus in an email to CJP executive director Daryl Byler.

According to his LinkedIn page, Sharp has been serving as a UN expert on the DNC since April 2015. In a 2015 story for NPR, Sharp discussed his work alongside the Congolese Protestant Council of Churches trying to persuade rebel fighters to lay down arms. At that time, Sharp said the program had convinced some 1,600 fighters to give up arms.

International peacebuilding has been the focus of Sharp’s work for many years. Prior to working with the UN, Sharp worked with Mennonite Central Committee as the Eastern Congo Coordinator. Read an article about the work Sharp was engaged with at MCC. From 2005-2008, Sharp connected with Mennonite Mission Network in Germany through his work with the Military Counseling Network (MCN). In this work, Sharp counseled U.S. soldiers stationed in Germany and Iraq about GI rights, U.S. Army regulations and discharges for conscientious objection. MCN is a partnership of the German Mennonite Peace Committee, Mennonite Mission Network, Mennonite Central Committee and other sponsors. Read a story about Sharp’s work with MCN.

Calls for prayer for Sharp and his family, as well as the five others who were kidnapped, are circulating widely across the country. Leaders from Mountain States Mennonite Conference hosted a nationwide a prayer vigil on March 15 in Denver, and invited others to join in prayer. Hesston (Kansas) College leaders are planning a prayer vigil for 8 p.m. on March 23 at Hesston Mennonite Church. According to Michele Hershberger, professor of bible and religion at Hesston and one of the vigil planners, the event will center on an interactive reading on Scripture from Daniel 3, the story of Shadrach, Meshach and Abednego in the fiery furnace. Six persons will serve as stand-ins for Sharp and the five other detainees, and be interspersed with prayer for those who are held captive and for the kidnappers themselves.

In a March 20 e-mail, Hershberger wrote that there will be time to reflect on “our country’s thirst for cheap smart phones and other technological devices that fuel conflict over precious minerals in the Congo. The reading will both acknowledge the reality of the fiery furnace of captivity and the promise of the presence of Jesus walking among them in the furnace and working to set them free.”

“We want to do everything we can for MJ. And we know that MJ would want us to pray for his captors, and to pray that whatever interventions are used be peaceful,” wrote Hershberger. “We pray that this kidnapping, awful as it is, might be the catalyst for the beginning of lasting peace in this country.”

Sharp’s parents are John and Michele Sharp of Hesston, Kansas. John teaches in the History and Bible departments at Hesston College. A March 14 Hesston (Kansas) College statement to The Mennonite, Inc., said, “The Hesston College community is heavy-hearted at the news of the kidnapping of Michael J. (MJ) Sharp and five others while on a peacekeeping mission with the U.N. in the Democratic Republic of Congo. … Our prayers are with John, Michele and their family as they await more news in this uncertain time, and especially with MJ, his colleagues and those seeking their safe return.”

In a March 18 Facebook post, John Sharp thanked family and friends for their support, writing, “We continue to wait in hope for MJ, Zaida, and their four Congolese companions. Please pray also for the captors who are also victims of the violence that has taken 6 million lives and has made millions more homeless. They have families, too.”