Traditionally, the first bill of a congressional session has special significance. In the midst of a government shutdown, the Senate decided to focus its first bill on a package of four Middle East-related provisions.

The S. 1. bill took up nearly a month of the Senate’s attention before passing on Feb. 5 with 77 senators voting in favor.

By far the provision that has received the most attention is the Combating BDS Act. The bill would give U.S. states the green light to enact legislation against the boycott, divestment and sanctions movement regarding Israel.

Mennonite Central Committee does not take a position on BDS. But two federal judges have ruled that this type of state legislation violates the First Amendment, because boycotts are a form of protected speech. One of the cases involved a Mennonite plaintiff, Esther Koontz of Kansas.

A number of senators — including Rand Paul, Republican of Kentucky; Chris Van Hollen, Democrat of Maryland; Diane Feinstein, Democrat of California; and Bernie Sanders, independent of Vermont — spoke out against the Combating BDS Act, saying that while they do not support BDS efforts against Israel, the legislation is a clear violation of free speech.

But the Combating BDS Act is not the only problematic part of S. 1. The bill renews the U.S. defense cooperation pact with Jordan, and it reaffirms the U.S. military commitment to Israel. 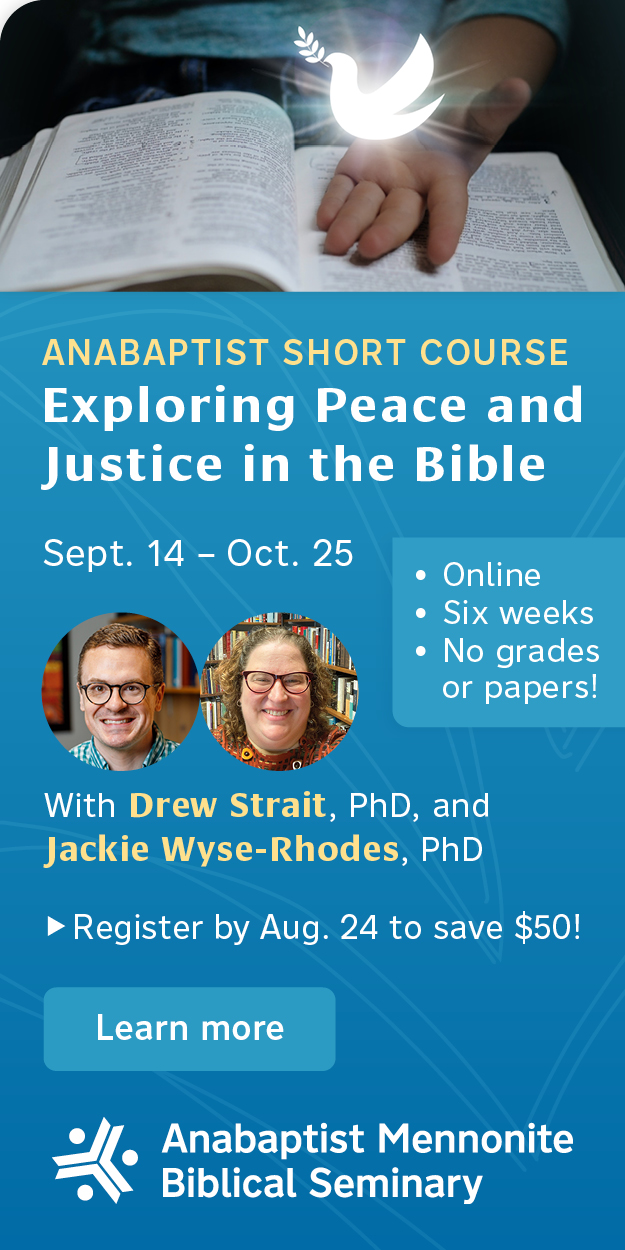 A 10-year Memorandum of Understanding signed under President Obama already guarantees more than $3 billion in military aid to Israel each year. This bill affirms that aid and provides for the transfer of precision-guided missiles to Israel.

The fourth part of S. 1 would increase sanctions against Syria, at a time when the United States should be focusing on a diplomatic resolution to the conflict and helping the country rebuild.

The bill sets steep conditions for undoing the sanctions once they have been imposed. During the floor process, the Senate added an amendment, essentially rebuking President Trump for his decision to with-draw U.S. troops from Syria. The amendment passed easily, 70-26.

The prospects for S. 1 in the House of Representatives are mixed. Some House members have already spoken out against the Combating BDS Act. But there will, no doubt, be pressure on them to pass it. The provision increasing sanctions on Syria will likely become law, as a similar bill has already passed the House.

The military provisions regarding Israel and Jordan are also viewed by most in Congress as noncontroversial and will likely pass.

To many foreign policy analysts in Washington, the provisions in S. 1 seem innocuous. But MCC’s partners in the Middle East have been clear that U.S. militarization of the region only further inflames the conflicts there.

Military aid and sweeping sanctions will not bring about greater rights or justice. And taking away the right to nonviolently protest through economic measures benefits no one.

Visit washingtonmemo.org/s1 to see how your senators voted on S. 1 and on the amendment to oppose withdrawing troops from Syria. Now it is up to members of the House to stop this legislation from going forward.